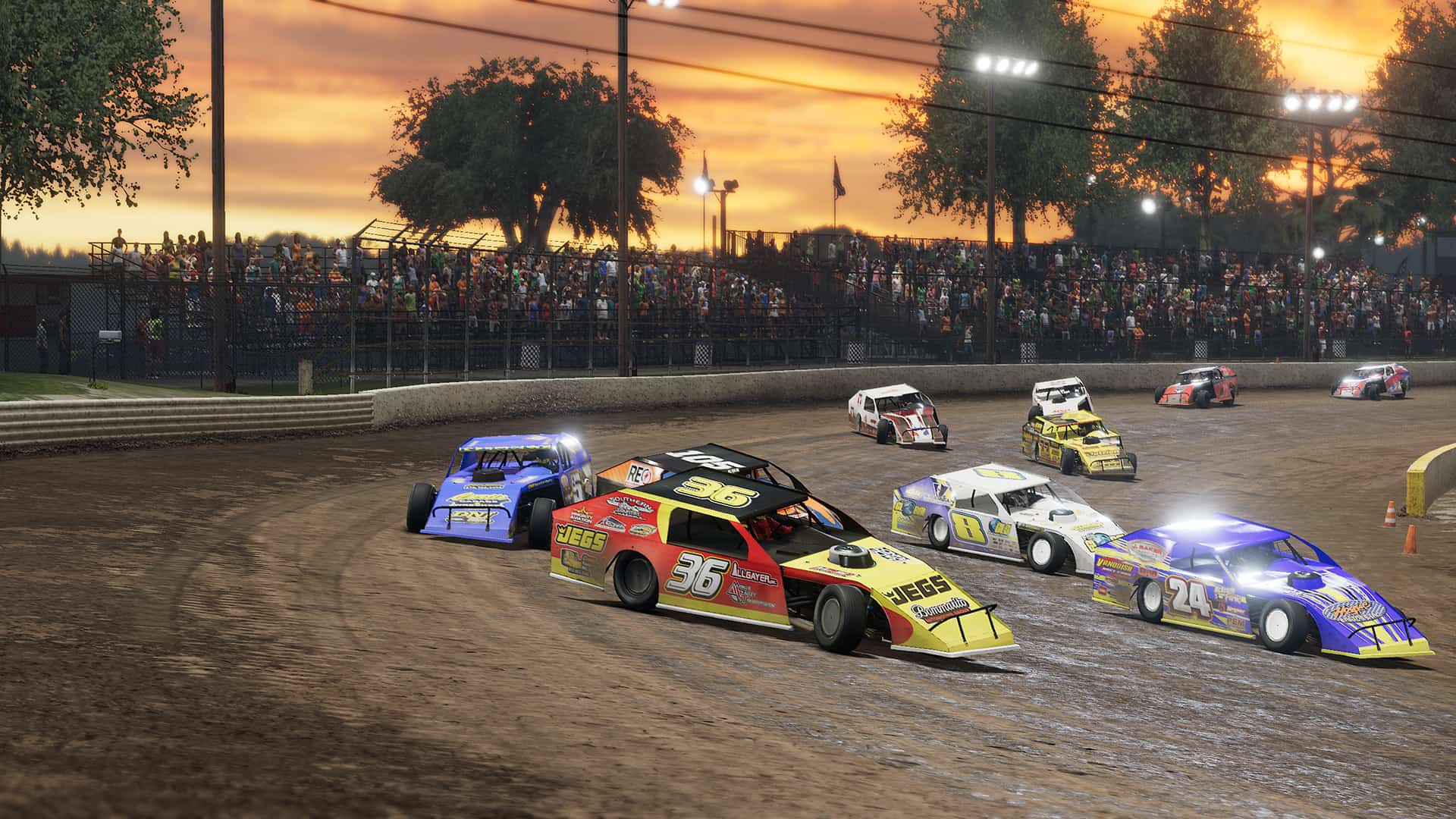 The UMP Modified and I-55 Raceway are now available to own on World of Outlaws: Dirt Racing as of 28th October. Here’s our hands-on with the new content.

The first post-release DLC for World of Outlaws: Dirt Racing dropped on Friday (28th October 2022) with a new car class and track to race on included. The DIRTcar UMP Modified is the latest racecar addition. I-55 Speedway is the newest racetrack. Both items come included in the UMP Modified Series Pack DLC.

Two more items that have already existed on iRacing, both the United Midwestern Promotors (UMP) Modified dirt car and Peverly’s own tiny dirt oval sponsored by Federated Auto Parts add to the already expansive product that World of Outlaws: Dirt Racing is.

All of the new content is free to those who have the Gold Edition or the Season Pass for the Standard Edition. Otherwise, it’s $14.99 USD separately. PlayStation users will need to download the content manually as well if it’s something pre-purchased.

ABOUT THE UMP MODIFIED

Like the latter portion of the name suggests, the UMP Modified is a modified chassis that sports both open wheel and stock car components. The niche product is the key element of DIRTcar’s Midwest tour schedule, which races mostly in the heart of the United States of America.

The engine boasts 750bhp and it’s definitely a hybridization of two styles of racing on dirt. Modified racing is a player on the asphalt as well, but these UMPs are built in a way to slide across the dirt.

Just about 20 real-world dirt racers are included in the UMP DLC release as well. Names like Kenny Wallace, Kyle Strickler, Mike Harrison and Mike McKinney are a part of the playable characters, plus other well-known names, like Kenny Schrader, are included on the AI roster of drivers.

Between iRacing and World of Outlaws: Dirt Racing, the physics are pretty similar. Obviously, iRacing has the simulation characteristics where it is a challenge to hang on to. Meanwhile, I can whip the UMP around these dirt tracks on my DualSense controller with ease.

Think of it like taking the front of a 410 Sprint Car, the rear end of a Super Late Model, and the driving characteristics of the Street Stock, just at higher speeds. It is FUN. It’s definitely more planted into the surface than the Street Stock, so I’ll tend to lean more towards that as my favorite, but still.

Like the two Late Models and the Street Stock, the car has four different areas of upgrade and setup configuration. There’s no giant wing on these to adjust like all of the Sprint Cars, but the front is open wheel and will need to be treated as such in both setup and driving method.

At larger tracks, the racing is packed up, still at times physical with the half-stock car backsides. Slidejobs are fun, and a necessary skill to earn as players can send these powerful things into corners fairly hard. Throttle control is key to keeping up the momentum.

All in all, likely my third favorite of the seven cars included in the game, behind the Street Stock and Pro Late Model. Not that I don’t like the Sprint Cars or the more powerful World of Outlaws Late Model, I just prefer the excitement seen in those lower tiered machines.

I-55 was also included in the DLC pack, and man, this is one tiny 1/3-mile track. In the 410s, sub-10 second laps are achievable around the arena if you’ve got the speed like Kyle Larson did back in 2020. Banking in the corners reach 19 degrees at the top – the momentum is incredible off corner exit.

The walls are visually constricting – the inside comes up on you when you least expect it. A move to the inside is still a viable option, but the ability to slide up to the top is not as great as it would be at a track like Eldora or Knoxville.

For the high-powered race cars, like the top level World of Outlaws Sprints and Lates, races are a cluster of a time. It’s nearly impossible to get through a pack without some sort of contact; this place almost requires racers to have track position to have a good finish.

In the Street Stocks, it’s a riot to lean on the competition and slice through the pack. Definitely some of the most fun I’ve had. The UMP Modifieds released with the track, and while they are pretty high-powered, they still put on a great racing product as well.

WHERE TO RACE THE NEW DLC

Both pieces of the DLC can be utilized all over the game. The seventh class of cars, as well as the new 1/3-mile oval both exist in Career, Single Player, Multiplayer and Championship modes.

For the latter three, all pieces can be interchanged with the existing content as well. If you want to race the UMP Modifieds on any of the 43 existing tracks, go for it. Same with I-55, any of the cars can be raced upon it just the same as the rest.

In Career, the UMP Mods are now available at the start of your progression to the World of Outlaws. The cars can be chosen to race at the Local level of competition, which means there are also Regional and National schedules for the cars as well.

With that in mind, the career gets three more championships to conquer, one at each level. If you’ve already gone gold in the other 12 Local, Regional and National leagues, the number now becomes 15 with the UMP additions.

Also, I-55 is included in select National schedules as well. Those already playing through a season will see the track show up when a new season schedule begins, if it is a schedule long enough to host it.

Together with Limaland, that marks two pieces of DLC so far for the title with more expected in the near future. Have you tried out the UMPs or I-55 on the title yet? Let us know your thoughts in the comments below!