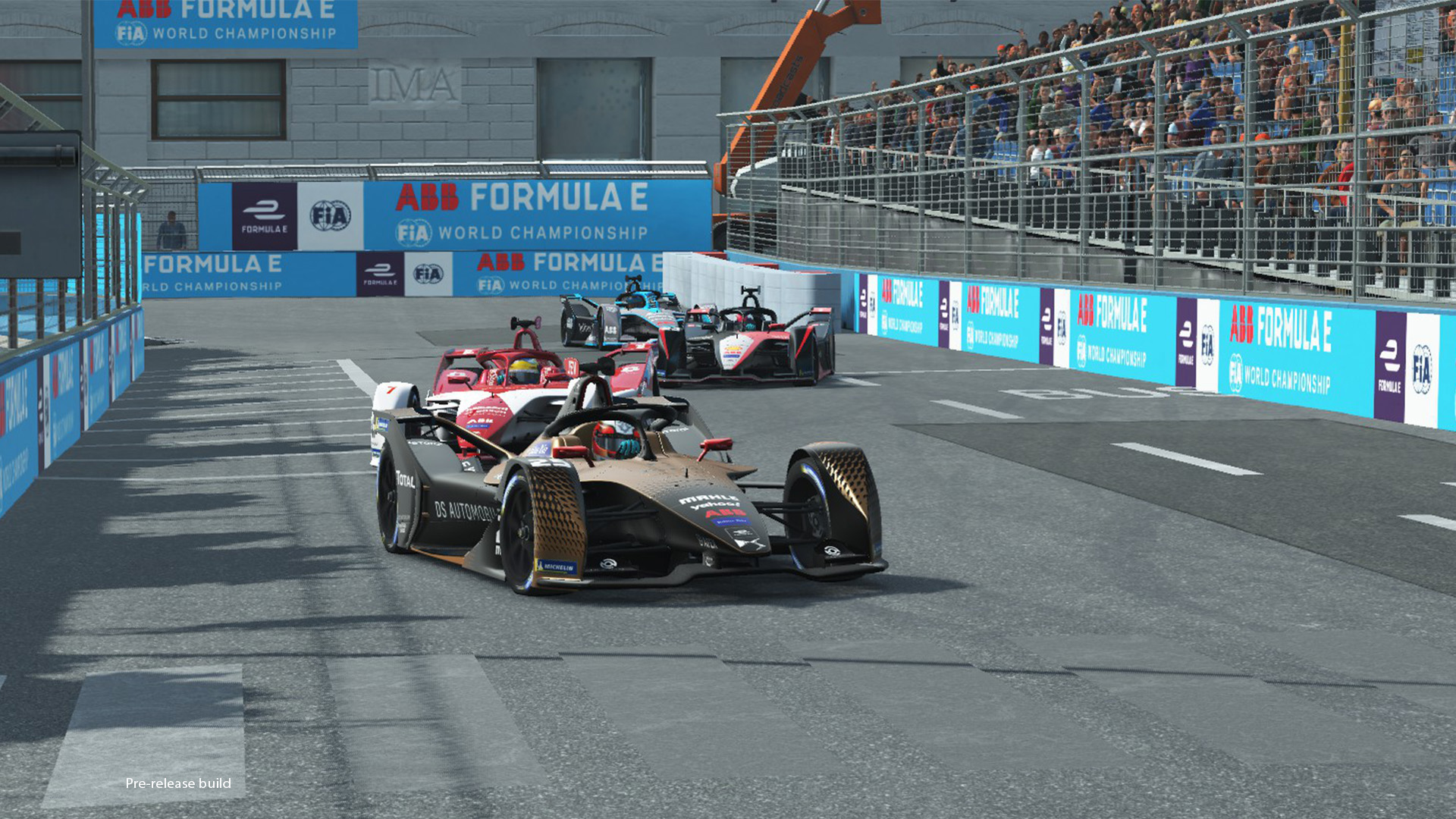 This evening, during the Formula E: Accelerate esports livestream, it was revealed that the Circuito Cittadino dell’EUR – the venue for the Rome E-Prix – is coming to rFactor 2. Even better news, it’s available to buy and play right now.

It means players will be able to gain access to more official Formula E content, bolstering the lineup and following on from the recent Formula E updates.

We’ve been able to get some hands-on time with the circuit and here are our initial impressions based upon a pre-release build.

The first thing that hits you about the Italian circuit is the length of the pitlane. You could watch an entire episode of a sitcom in the time it takes to traverse the intricate layout, snaking its way around the confines of the capital city. Maybe that’s an exaggeration. Okay, it’s definitely an exaggeration, but the point is that every element of the circuit from the real-life event is present and correct.

This also means that the topography is accurate, making this instantly my personal favourite Formula E layout. At one point, there’s a steep descent that starts after a blind crest and falls downhill like a fairground helter-skelter. At the bottom sits a tight left-hander, so you have to brake and turn simultaneously as you plummet towards the bottom. A real challenge.

This is followed by a climb back up the other side of the hill, where at the peak, your car will hop over the brow and perform a little jump. But there’s no respite as you then need to slow down over a bumpy braking zone for the next corner.

These elements make the track stand out from the rest of the Formula E calendar. Of course, there are tight corners, large kerbs and concrete walls, as is de rigueur with this series, but there’s an extra layer of undulation here that makes it a bit more special. There are also corner-exit camber changes in a couple of spots too to catch out the unwary.

First used in 2018, it will host the next round of the Formula E championship on 10th April 2021. While we were playing a pre-release build for this preview, this DLC is available to all right night from the rFactor 2 Steam Store for €7.99/£6.95/$9.52 – in line with the previous FE track additions. Let us know your thoughts on social media, are you looking forward to trying out this new addition yourself?

Full disclosure: A code for the track was provided by the publisher for review purposes. Pre-release build screenshots.