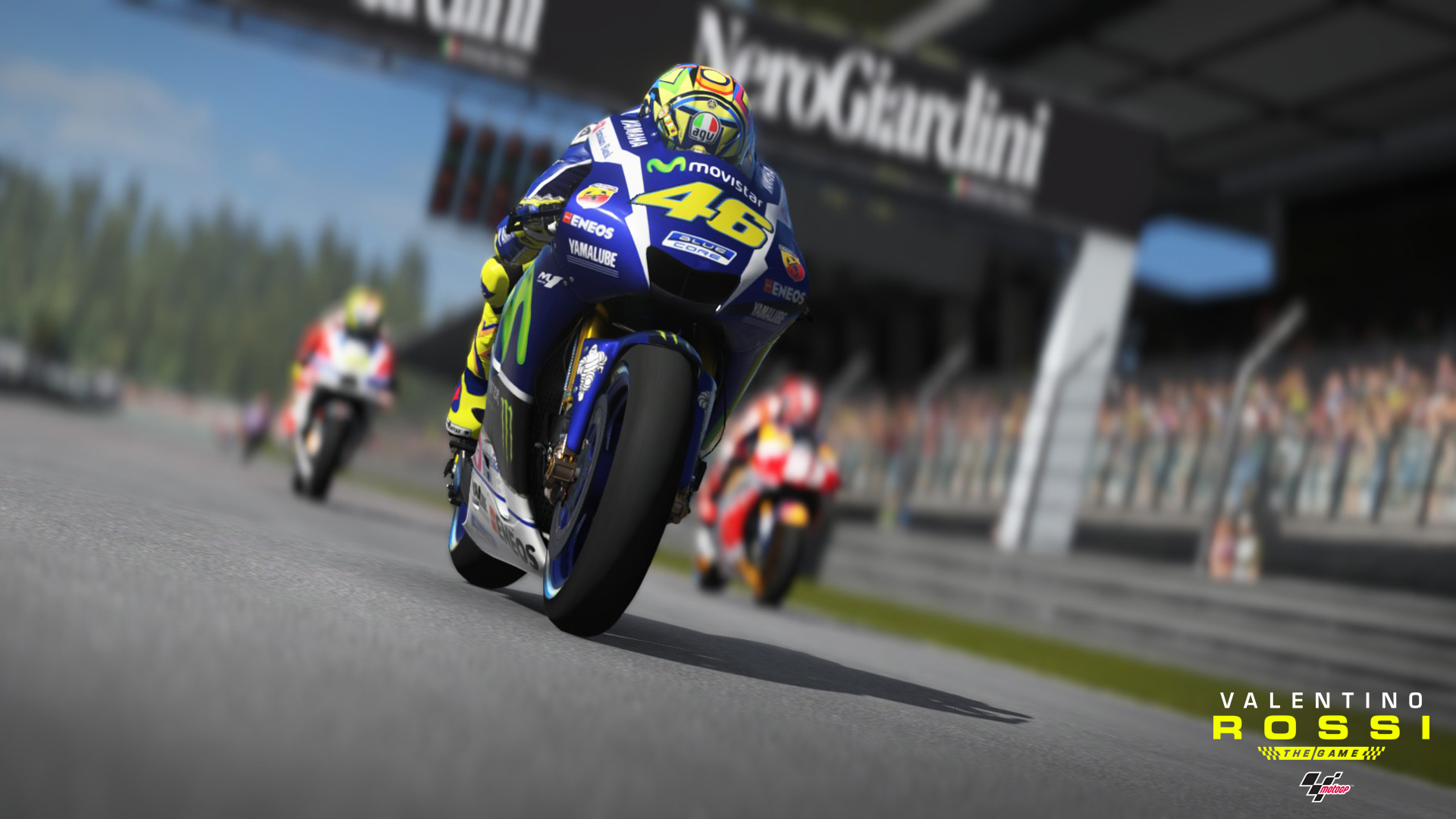 The MotoGP video games release on a yearly cycle, like FIFA, Madden or Formula 1. Each new real-world season for the premier motorcycle racing series comes with it a new video game, and since 2013 – with two sprinkled in the late 00s too – these have been created by Italian developer Milestone.

Each release is named after the matching year, MotoGP 13 right the way through to the current MotoGP 21. That is, apart from one.

There was never a straightforward MotoGP 16. Instead, the sport’s brightest star and nine-time Grand Prix champion lent his name to Valentino Rossi: The Game.

That’s the full title of the release too, although the box art did shout ‘THE OFFICIAL MotoGP VIDEOGAME’ and ‘The complete MotoGP 2016 season INCLUDED’ on the front cover in a seemingly desperate attempt not to scare off anyone who just wanted a vanilla MotoGP release.

But any MotoGP fan worth their salt will still buy a Rossi game, so have courage in your convictions, marketing team.

On the track, it rode much like MotoGP 15, although it was the first MotoGP title not to simultaneously release on the then last-gen consoles of PS3 and Xbox 360. However, we were still two years ahead of Milestone’s switch to Unreal Engine from its own proprietary system.

That meant a solid, if unspectacular, visuals, 60fps, braking that was straightforward if a little dull, all of the official riders, teams and track from that season and a propensity for the rear to snap away from you at inappropriate moments.

Your on-track rivals were not the smartest either and the career lacked the in-depth management options that were to come for the series. For the most part, this is an authentic and inoffensive experience.

Except. In a stroke of genius, or madness, Valentino Rossi: The Game also included rallying.

You had the regular, run of the mill, MotoGP 16 experience laced with hairpins, handbrakes and co-drivers.

Quite the eye-opener, it’s like going to watch a Liam Neeson thriller that halfway through turns into a romcom.

However, this game pulled it off for two clear reasons. One, in real-life, Valentino Rossi competed and won seven times the Monza Rally Show, which took WRC-spec cars and placed them within the asphalt confines of the Italian circuit.

Secondly, it was surprisingly fun. Just five months earlier, the same company had created Sébastien Loeb Rally Evo. This rallying simulator was very rough around the edges but had potential. In VR:TG, the team looked to have taken on board learnings from this release, smoothed off the handling, made it easier to drive with a controller and placed it within a MotoGP game.

The two downsides were under-rotations under braking being a bit too frequent and the lack of steering wheel support – the latter somewhat understandable considering the lion’s share of the game is riding on two wheels.

There wasn’t just four-wheel dirt racing either, as the Flat Track races implemented off-road motorcycle events and even a perfect recreation of Valentino’s MotoRanch in Tavullia, Italy. You would race around the real-world setting alongside his real-world mates, some of whom have since gone on to main-class MotoGP stardom in the intervening years like Francesco Bagnaia.

The main Career Mode then saw you rise through the MotoGP ranks, but in the off-season race at the ranch and the Monza Rally Show for fun, just as The Doctor would. There were also superfluous drift events in a Ford Mustang and the paid DLC included remote control car racing.

Valentino Rossi: The Game clearly must not have worked on a financial level, as every year since the MotoGP games have reverted to type and then focussed on being the ultimate motorcycle racing simulator.

But there was something about the eponymous #46 receiving his own game and it being wonderfully esoteric that resonated with me more than the standard MotoGP game fare.

As the greatest rider in MotoGP history ends his sparkling career after 89 race wins, 199 podiums and 372 Grand Prix, fire up your PC, Xbox and or PlayStation and give Valentino Rossi: The Game a whirl – there is no other motorbike game quite like it. Grazie Vale.