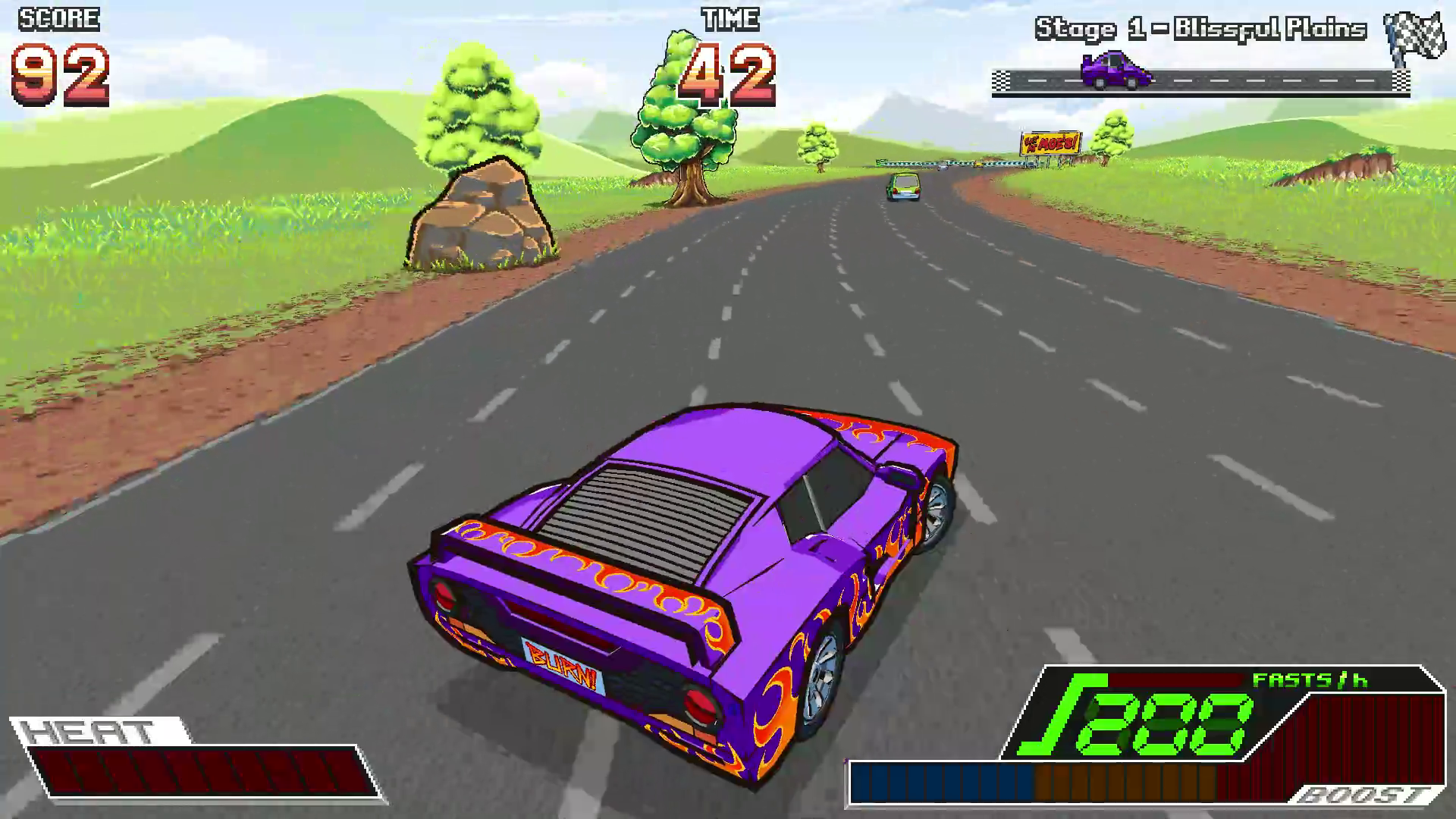 The retro arcade driving game with a difference, Buck Up And Drive!, is now available via Steam for PC players.

As of today, 10th January 2022, the independently developed game created by Fábio Fontes, featuring backflips like Cruis’n Blast, wall ‘grinding’ like Tony Hawk and fighting, in cars, 1v1 like Tekken, is on sale via Valve’s platform for £5.79/$7.99

Upon launch, there is 20 per cent off until 17th January, making it £4.63/$6.39. A v.13 patch was also released today, revising the online leaderboard functionality. The title also supports Steam Achievements.

It was previously launched on Itch.io, an open marketplace for indie game creators, but you can now add it to your Steam library should this be your store of choice. Those who did purchase the game via Itch are entitled to a free Steam code.

In our recent hands-on with a pre-release demo, we commented that “the steering is fast and responsive, while the aesthetics are bright and colourful. The sound is vibrant and full of synth hair rock too. It runs smoothly at 60fps and does give me some 90s arcade park feels when it all comes together.”

Is this something you will be checking out as an off-the-wall driving experience? Let us know in the comments below.