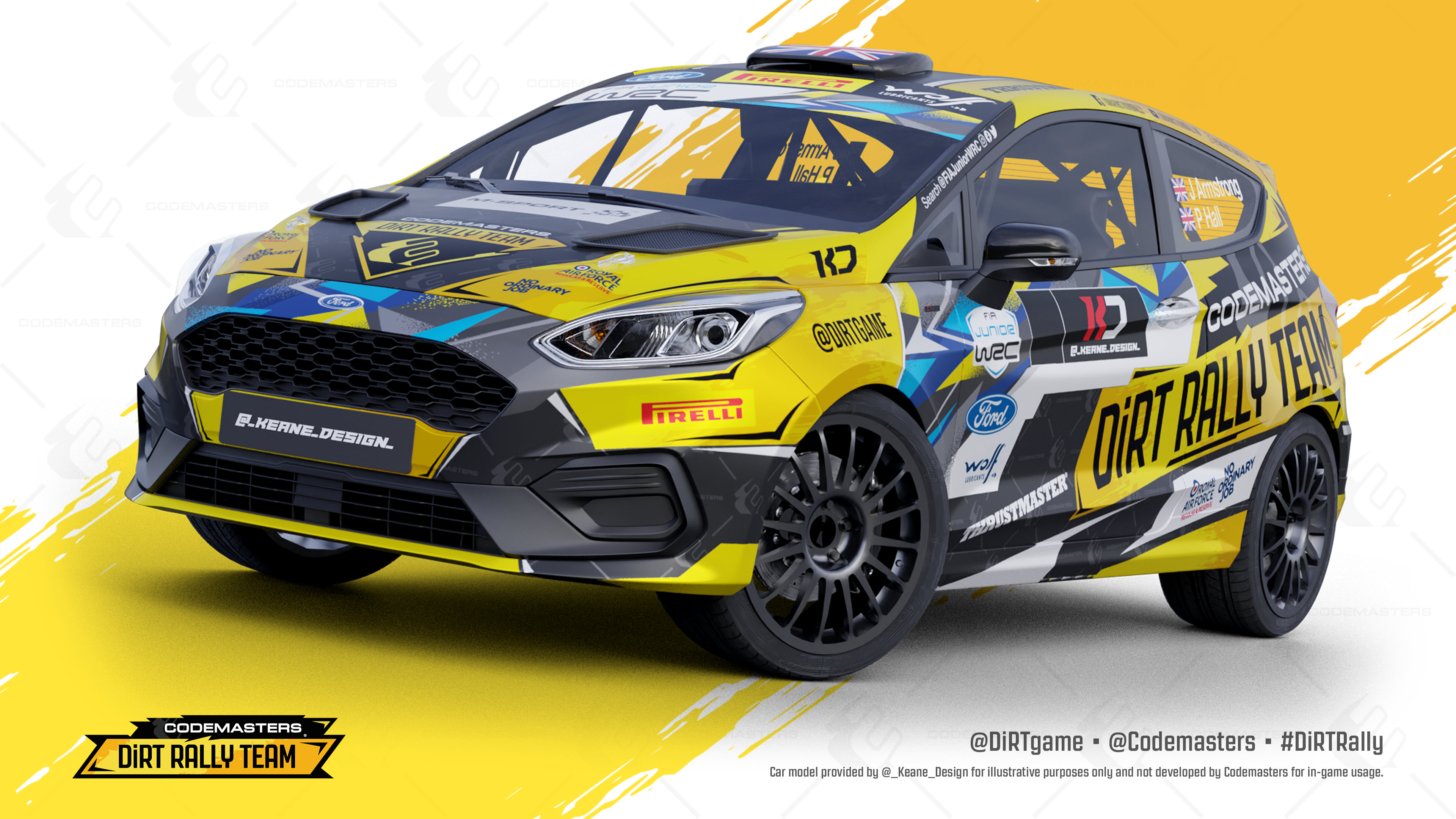 DiRT Rally 2.0 is undoubtedly one of the best rally simulators, and we’ve been chomping at the bit to see if someone who is great at the game can transfer those skills into real-life success.

This season, we’ll be waiting no more, as Codemasters is backing a real-life team in the 2021 JWRC. Jon Armstrong and co-driver Phill Hall will be driving for the Codemasters DiRT Rally Team in a Ford Fiesta Rally4 on five events that support the main WRC class. The competition is open for drivers under the age of 30.

Jon has competed in the JWRC (then called the Drive Dmack Cup) and WRC 2 previously, alongside sporadic outings in British and Irish events. In 2019, he won the Carryduff Forklift Down Rally in a WRC-spec Mini John Cooper Works. He also won the 2018 Esports WRC competition. Since then, he’s become a full-time employee at Codemasters, working as its rally expert and Game Designer – assisting in the development of DIRT Rally 2.0.

“I’m incredibly grateful to Codemasters for putting their faith in me, and I’m honoured to be the driver for the Codemasters DiRT Rally Team,” said Jon Armstrong. “Due to lockdown, my partnership with Phil has developed through training using DiRT Rally 2.0. We can’t wait for the Junior WRC to start, and we will share our experiences with the community through a series of behind the scenes videos.”

“We’re excited to launch the Codemasters DiRT Rally Team, and we have high hopes for Jon and Phil in the upcoming Junior WRC season,” said Ross Gowing, DiRT Rally Game Director at Codemasters.

The livery for the car is very striking and includes Codemasters and DiRT branding, alongside Thrustmaster. The British racing game developer will take over the development of the official WRC games in 2023 and was recently acquired by Electronic Arts.

Jon was co-commentator for the recent DiRT Rally 2.0 World Series, which was broadcast on Traxion. Best of luck Jon, we know you’ve got the skills to bring home the bacon.