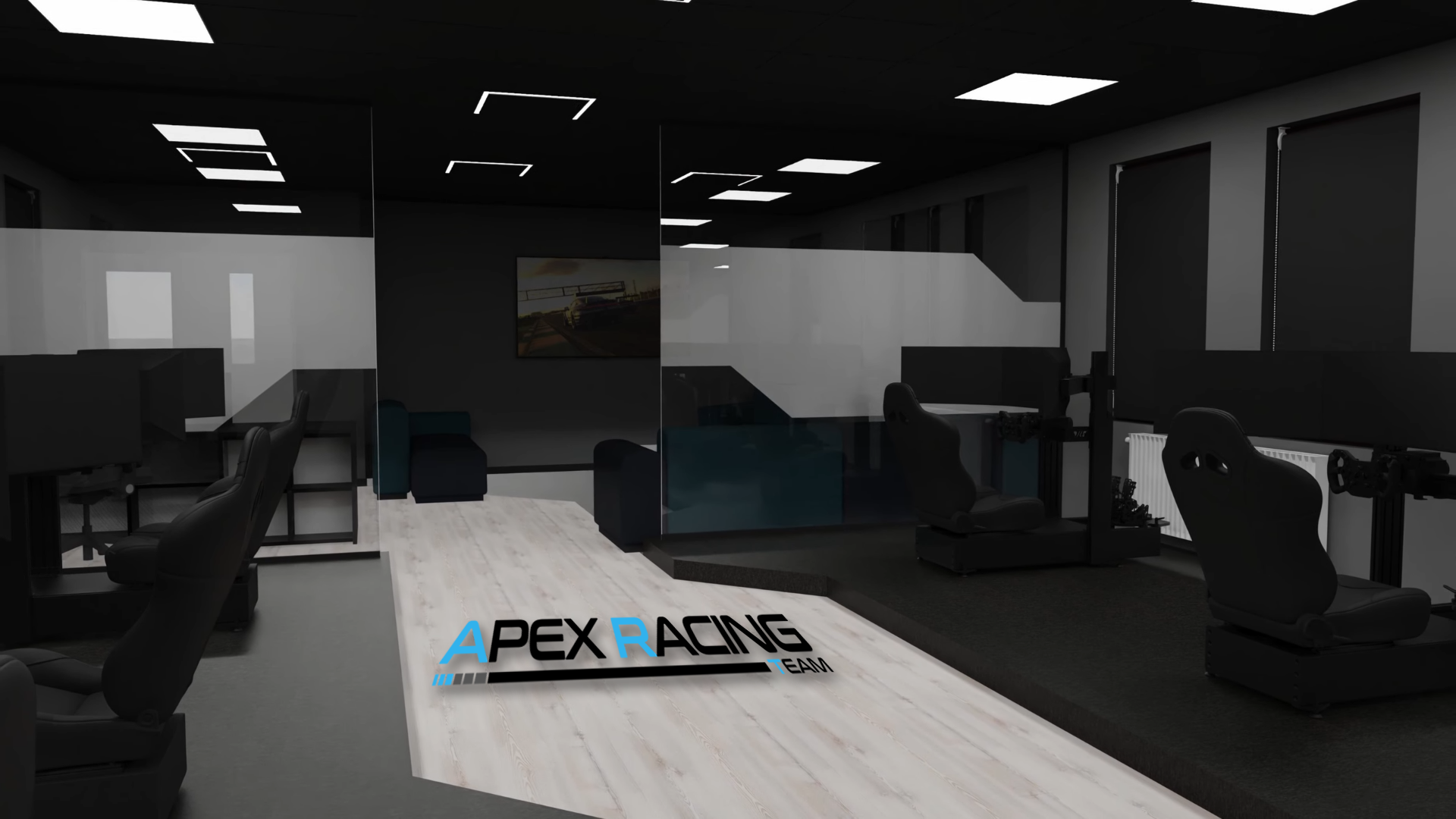 It’s been a big day for the Apex Racing Team.

Just before the start of the penultimate round of the Force Dynamics Dallara iRacing Grand Prix Championship at Suzuka, that in which Peter Berryman managed to escape with the points lead heading into the finale next week, Apex Racing UK unveiled a new Sim Racing Centre for future sim training, broadcasting, content creation, and of course, professional sim racing.

The reveal on YouTube at 1:00 p.m. ET / 6:00 p.m. GMT toured the future site for the Apex Racing team facility, dubbed the Apex Racing Sim Centre. Complete with simulators, lounges, and even a broadcast studio in one building, as well as living quarters and a sim racing equipment distribution center in the other, this looks to be a giant, yet promising initiative.

Kevin Ellis Jr, Jamie Fluke, Yohann Harth and Peter Berryman will be the four ART drivers that will live on-site in the apartments at the facility. While it’s more than a sim racing house, the goal stated in the press release is to “provide every opportunity in 2022 for ART to have their most successful year to date as they target iRacing world championship titles and a total prize fund in excess of $300,000.”

The Apex Racing Sim Centre is in part thanks to the team’s partnership with Virtual Racing School. VRS will have a distribution center on site as well for their lineup of sim racing hardware to be shipped out of. Of course, the top level equipment will be used on the rigs inside the main building for the team drivers and anyone who might come for in-person coaching.

In a way, it’s similar to the famous Coanda Simsport house in Germany. The top drivers will be living on the campus and competing for top-level championships across different sim racing genres on the iRacing platform. One key difference will be the additions of the things outside of the top driver’s racing setups, that being the training area, the broadcast studio, and the distribution of sim racing equipment such as what is made by VRS.

Apex Racing UK’s new home in Corby, UK is set to open in Q1 of 2022. As you might be able to tell from the YouTube video, it is currently a work in progress. If I’m ever in the United Kingdom in the future, this might be a destination I’d have to check out. For more updates on the project, be sure to follow Apex Racing UK on their dedicated website, YouTube channel, or over on Twitter.