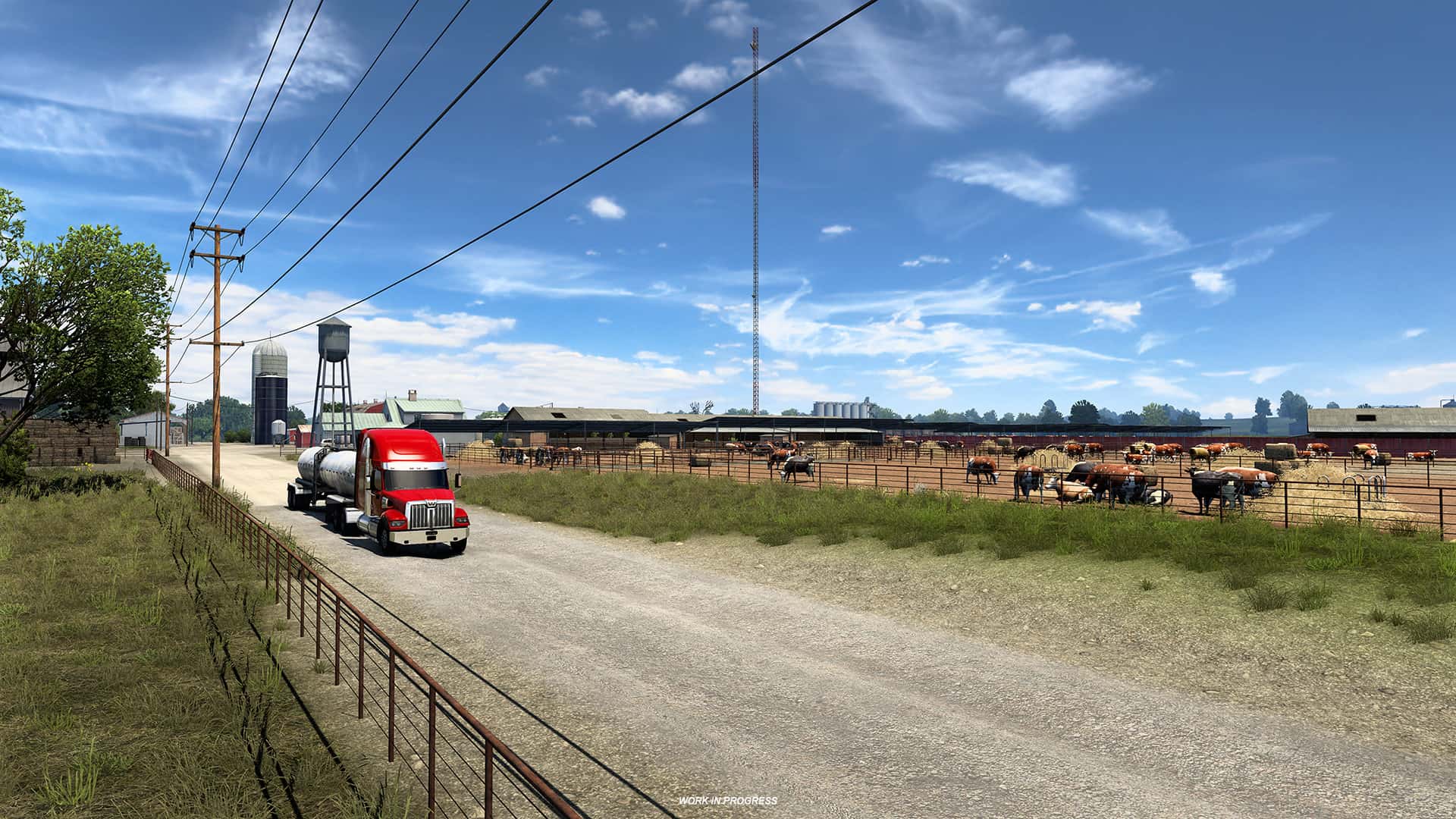 American Truck Simulator’s massive Montana DLC pack and accompanying v1.45 update have barely had time to settle on virtual truckers’ hard drives, yet SCS Software has already ramped up its efforts in producing the next content update for the popular immersive sim.

The next USA state to receive the American Truck Simulator (ATS) treatment is Texas. When you think of the Lone Star State (so-called after it won independence from Mexico in the 19th century), you think of a dry and arid landscape, but it is actually home to a diverse range of vegetation and crops.

Texas has more farms than any other state in the USA, with crops and livestock providing the bulk of agricultural output. It also has its own wine-producing region – Texas Hills Country – situated at the heart of the state.

As a result, ATS looks to emphasise the importance of agriculture to Texas via its Texas DLC, showcasing a portion of the 127 million acres of farmland in the state. The developer has hinted that grain elevators (grain silos) will be a prevalent feature of the new update, and they’re a common sight in Texas: the state has over 248,000 farms!

Cotton production and cattle farming are also major industries in Texas, but less well-known is its watermelon production outputs – it’s the third largest producer of watermelons in the USA. Yum.

The Texas DLC for ATS is available to wishlist on Steam now.

Are you looking forward to cruising through the Lone Star State, perhaps nibbling on a watermelon sandwich? Let us know in the comments below.