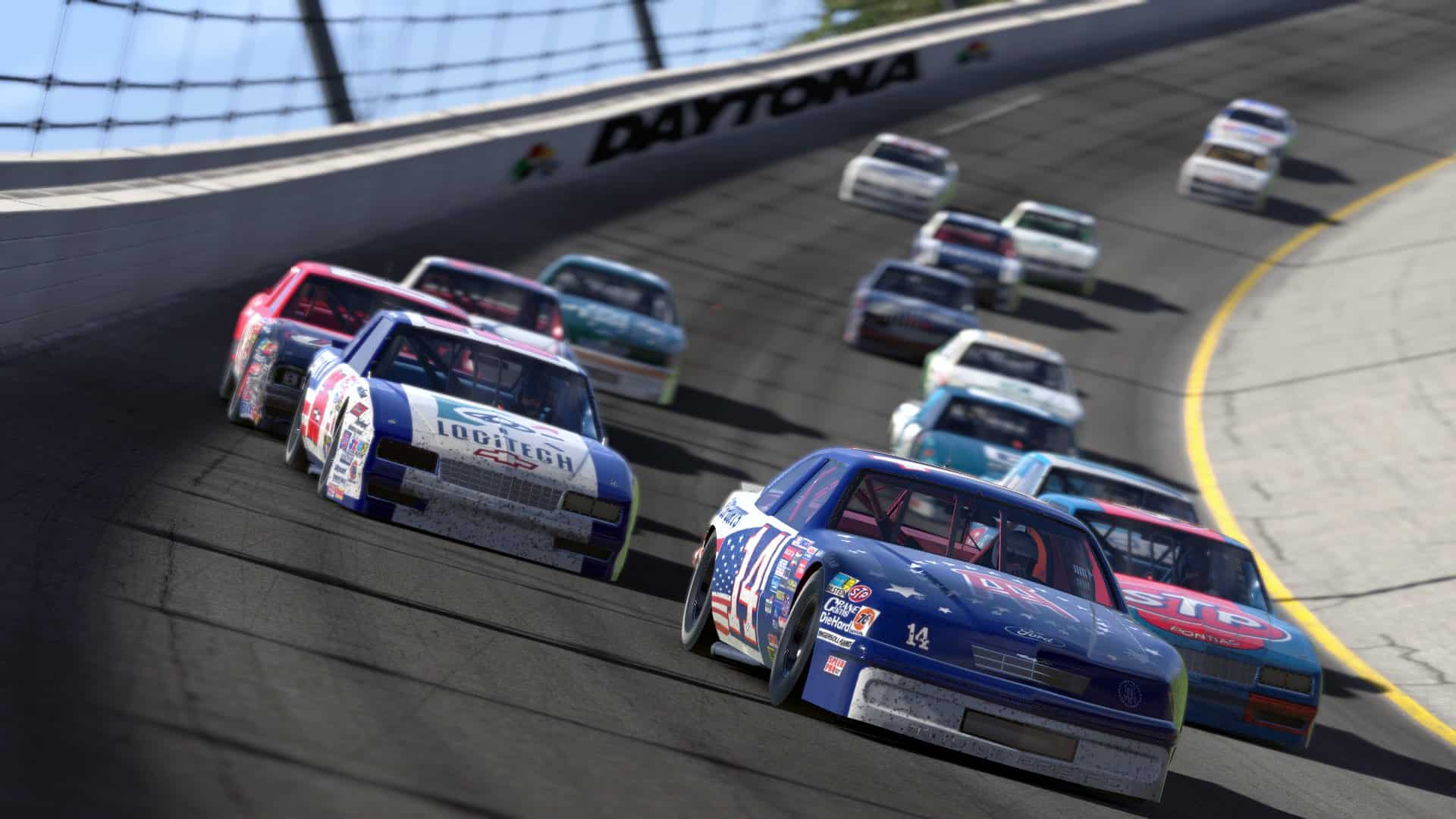 iRacing Executive Director and 2021 NASCAR Hall of Fame Inductee Dale Earnhardt Jr sent out a message on Sunday night to the iRacing forums regarding an upcoming update to the iRacing edition of the 1987 NASCAR Chevrolet Monte Carlo and 1987 NASCAR Ford Thunderbird.

The two historic cars were released last year for 2020 Season 3, so it’s been about a year with the new-old cars on the service. The vehicles were initially met with adoration and intrigue from iRacing members, with an official NASCAR Legends Series taking a time slot on the daily calendar and many special events spawning that utilized the cars.

Over time, the vehicles seemed to become more of a niche car that rarely got the same attention it did at the beginning, but now that might be changing due to some hard work going into making the cars feel more correct. From a personal standpoint, it felt like the cars couldn’t plant the nose when racing at any speed, a different feeling for sure, something that was mainly brushed off as just the way it was, but I’m glad to know that I wasn’t the only one who felt it was too floaty.

Per Earnhardt Jr’s post, the new update is something he personally saw through to see that it got the proper care, enlisting help from iRacing’s dedicated team of engineers and developers, as well as some well-known names from that era in NASCAR racing. The changes that will be implemented will be made from multiple perspectives of the era, including NASCAR Hall of Famer and iRacer Bobby Labonte, who is someone who drove cars similar to the 87’s and could provide first-hand experience.

The changes also take data inputs provided from NASCAR crew chiefs from the era, Gary Nelson and Andy Petree, and notes in Earnhardt Jr’s possession from Doug Richert, who worked with Dale Earnhardt Sr in the 1980’s.

In a sense, this update is unique to the service in that these cars haven’t been raced in decades, the data is limited, and a lot of what goes into making the car drive is based on what iRacing thinks it should drive like. Now it goes a step further with some real-world application, something in any type of simulator is not uncommon, but for these types of cars and said logistical challenges, is something extremely unique.

iRacing’s third season of 2021 is days away with the new build hitting computers on Wednesday. These 1987 cars were recently updated with iRacing New Damage Model in Season 2, so it’s good to see that even though the popularity has worn off that they aren’t completely abandoning the project.

There was hope for the revival of these cars in the sense that the large sim racing community, eRacr.gg, would hopefully be hosting its annual Firecracker 400 event again this year. Although nothing has been announced yet, there have been rumblings on social media from those close to the event, guys like Parker Kligerman and Landon Cassill continue to tease it and there have been unofficial-made-official practice sessions already despite not currently having any sign-ups.

One can only hope that the success of the historic 1987 NASCAR Stock Cars might also pave the way for other historic models of NASCAR Stock Cars to join the service. Personally, I’d love to see a late 1990’s style car at some point in the future, something around the 1997 to 2003 style of Generation 4 car.

Stay tuned to Traxion for more news on iRacing’s upcoming 2021 Season 3 build, and let us know what you think about what we already know about the upcoming build updates.