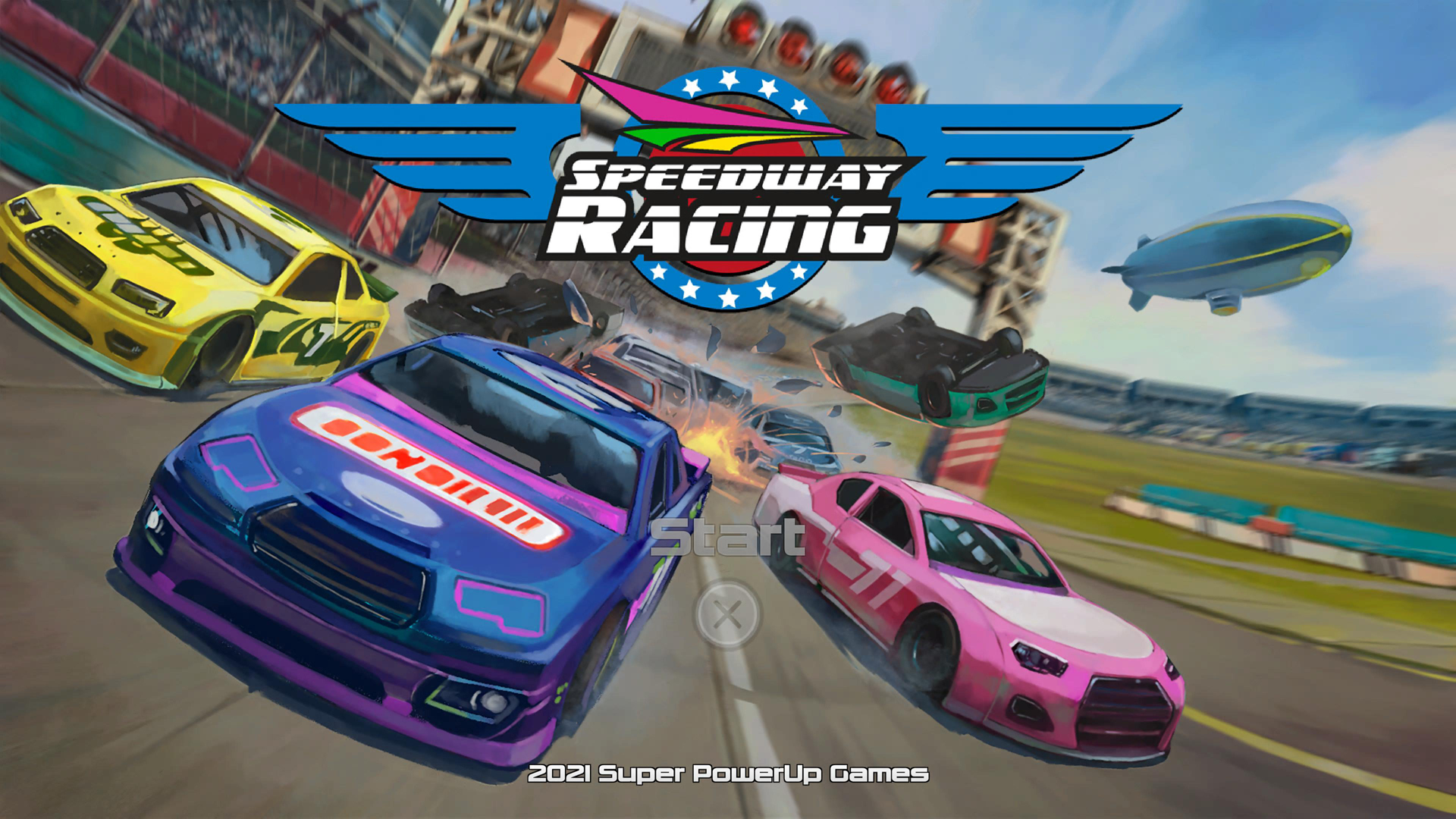 One of my favorite arcade racing games of all time is Daytona USA. I love it so much, and I’ve played it enough that there exists a leaderboard on an arcade cabinet up in Boston, Massachusetts that has my name near the top of the times. When I saw Speedway Racing pop up in a group chat of mine asking for my opinion, I immediately thought of the classic arcade racer.

On Christmas Eve of 2021, Speedway Racing released on the Digital PlayStation store for PlayStation 5 owners. There’s no doubt that Speedway Racing by Super PowerUp Games and Sociedad Limitada, a game that released back in February 2020 on the Nintendo Switch console, has major inspiration from both current-day NASCAR and the well known 90’s arcade Daytona USA.

There are six oval tracks to play on. For NASCAR fans, they might feel familiar. Here are the tracks and what they seem to be loosely based on:

There are four gameplay modes as well. Arcade mode lets the players attempt to beat the AI and the checkpoints to finish a single track. Championship mode has two options, either East or West, for a three-race points season. Time Trial is just that, and puts only your car on the track with power ups embedded in the track for a quick speed boost.

Multiplayer is only local, and pins up to four players against one another in split-screen. While there is no online multiplayer, times are comparable against the world in Time Trial.

The difficulty isn’t adjustable, so you’ll be stuck with a bunch of shoddy AI that constantly wrecks and paces the apron. You can unlock different cars with different attributes, those being Top Speed, Acceleration and Grip. The No. 62 seemed to be the best bang for your buck at the start – decent speed, really bad acceleration, but enough grip to keep you on track as long as you avoid the rest of the cars.

Also, this game has some questionable sponsor logos on the cars and the billboards around the track. They look very authentic, except most of the names have been altered slightly. You’ve got “Mibol” instead of Mobil, “Mechilin” instead of Michelin, and perhaps my favorite, “JEC’S” instead of JEG’S. “Sonsimp”, “Suonco”, and “SIP” are a few of the many other clearly ripped company logos.

Priced at $7.99 / £6.49, Speedway Racing won’t break the bank if you decide to give it a go. You pretty much get what you pay for, but as I stated above, there’s just not much to do in there.

It’s definitely an arcade racer with full speed drifting at places like “Phoenix” and “Seattle” plus insane end-over-end carnage littering the racetracks. I’ll let you all be the judge of it for yourselves. For me, it doesn’t quite capture the same magic that Daytona USA does. However, this might be a good game for the younger demographic to get them more interested in stock car oval racing.