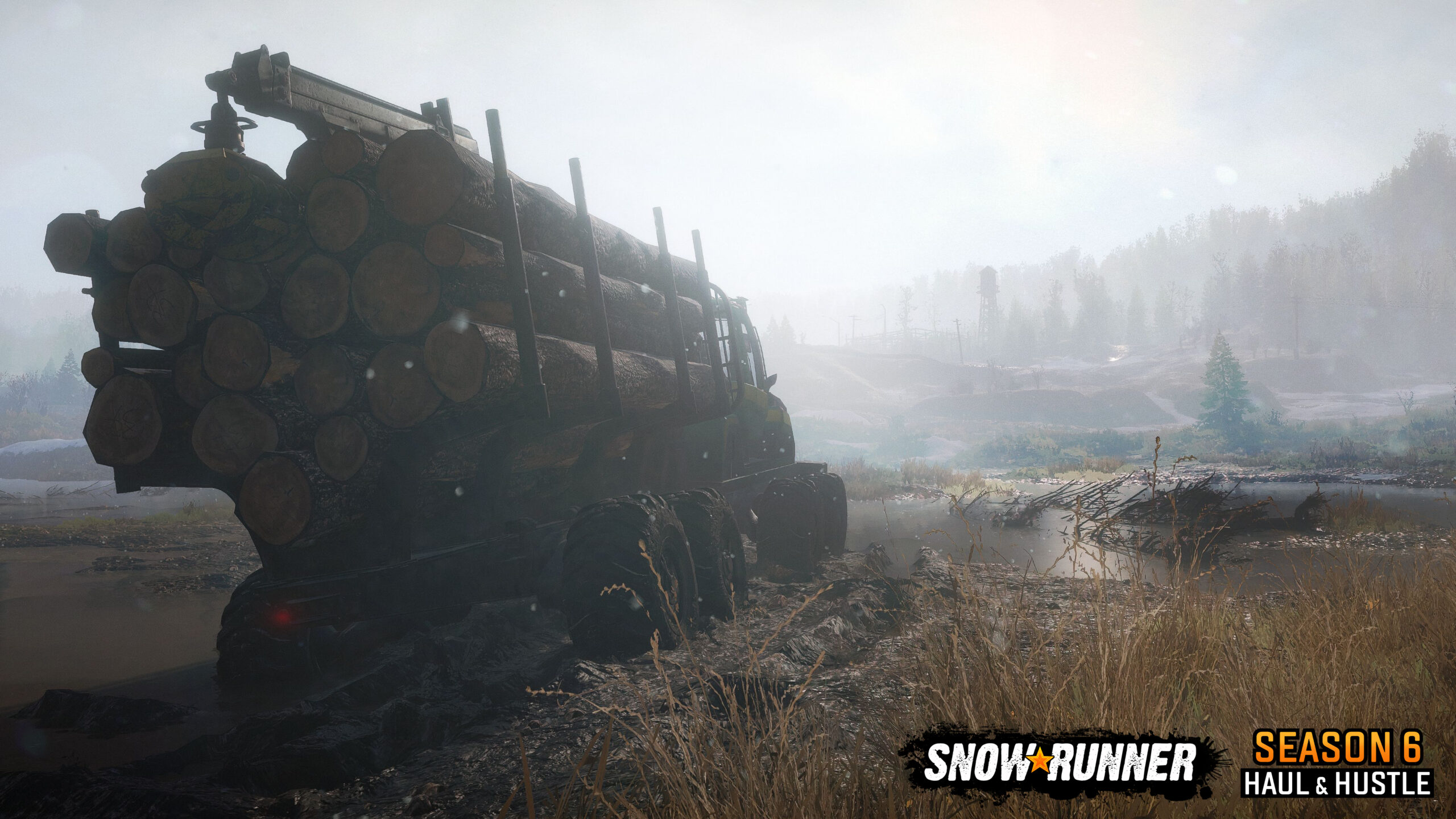 It seems like every single game we cover is working overtime to get their product updated for the holiday season. SnowRunner fits the description as well as they’ve released their sixth season and a long list of patch notes to go with it. As of 7th December, the new updates can be downloaded and installed across all platforms, per the social team.

As expected, for those who have the Year 2 pass or buy the Haul & Hustle DLC on its own, two new vehicles and two new areas to explore await. The trucks are the Aramatsu Forester and the Tayga 6455B. The new maps in Maine are named The Lowland and Yellowrock National Forest.

Alongside the DLC, there are updates available for all SnowRunners. We knew about the Photo Mode addition, but there are also upgrades available for multiple vehicles, including a Medium Logging Add-on for nearly 20 trucks. There some squashed bugs and general fixes as well, so be sure to check out the full changelog below.

Enjoy the snow, mud, and other simulated terrain features now available in the new patch. Let us know what you think about the new Maine maps in the comments section!

Please note that PlayStation and Xbox players will have to take the screenshot with the Share Button.