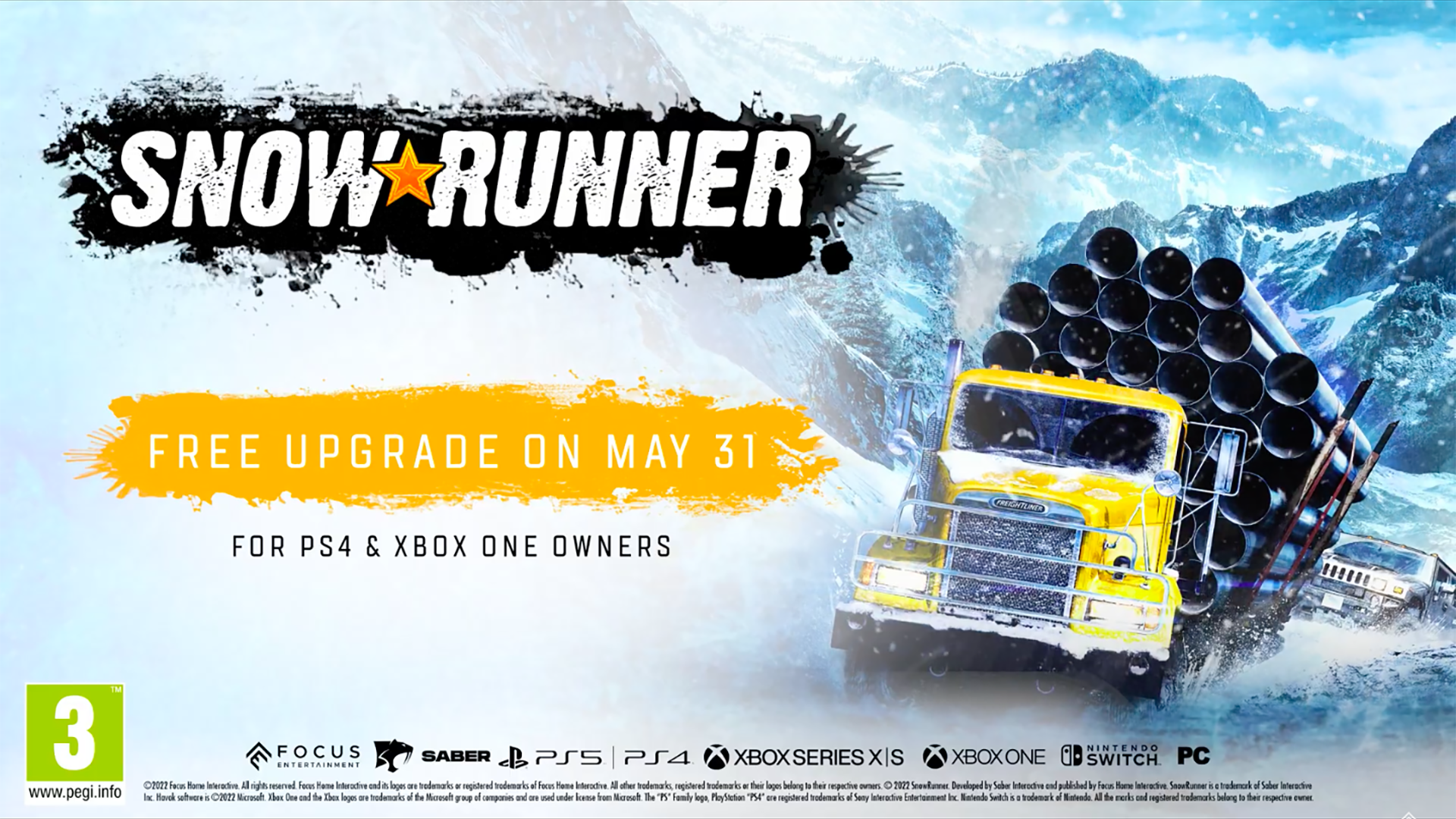 The popular terrain simulator SnowRunner will be coming to Next Gen consoles (PlayStation 5 and Xbox Series X|S) on 31st May.

We’ve known this was coming, and as of just over a week ago, we can finally report the date on which it does. Back on 28th March, on the Focus Entertainment forums, it was announced that our favorite terrain simulator, SnowRunner, will finally be heading natively to the next generation consoles.

Since July of 2021, we’ve known that this was coming. Now nearly eleven months after that announcement, PlayStation 5 and Xbox Series X|S players can get the snowy, muddy, and all-terrain truck driving masterpiece on the latest generation of consoles in 60 FPS and 4K resolution from 31st May 2022.

Developed by Saber Interactive and published by Focus Entertainment, SnowRunner has been available to play on PC, Xbox One, PlayStation 4, and most recently on the Nintendo Switch. While SnowRunners were able to get 4K gaming at 30 FPS on the PlayStation 4 Pro and Xbox One X, the standard older generation consoles were running down at 1080p and 30 FPS.

The best part of this news is that if you already own the game on the older generation console, the upgrade to the new consoles is free. Right now, the standard edition of the game is $39.99 / £34.99, in case you were wondering.

We’re also expecting around this time of year, per the updated roadmap, to see the seventh SnowRunner Season, Season 7: Compete and Conquer, to launch in the spring of 2022.

Originally slated to drop in the winter, either the end of 2021 or the beginning of 2022, this now moves to spring 2022 while Season 8 moves into the summer. Per the forum, these dates are not set in stone at all and could move at any time.

Check out the announcement video below. Will you be getting this one on a new console? Let us know in the comments!

SnowRunner will be available for the PS5 and Xbox Series X|S on 31st May 2022. It will be a free upgrade for existing owners.

Images thanks to Focus Entertainment