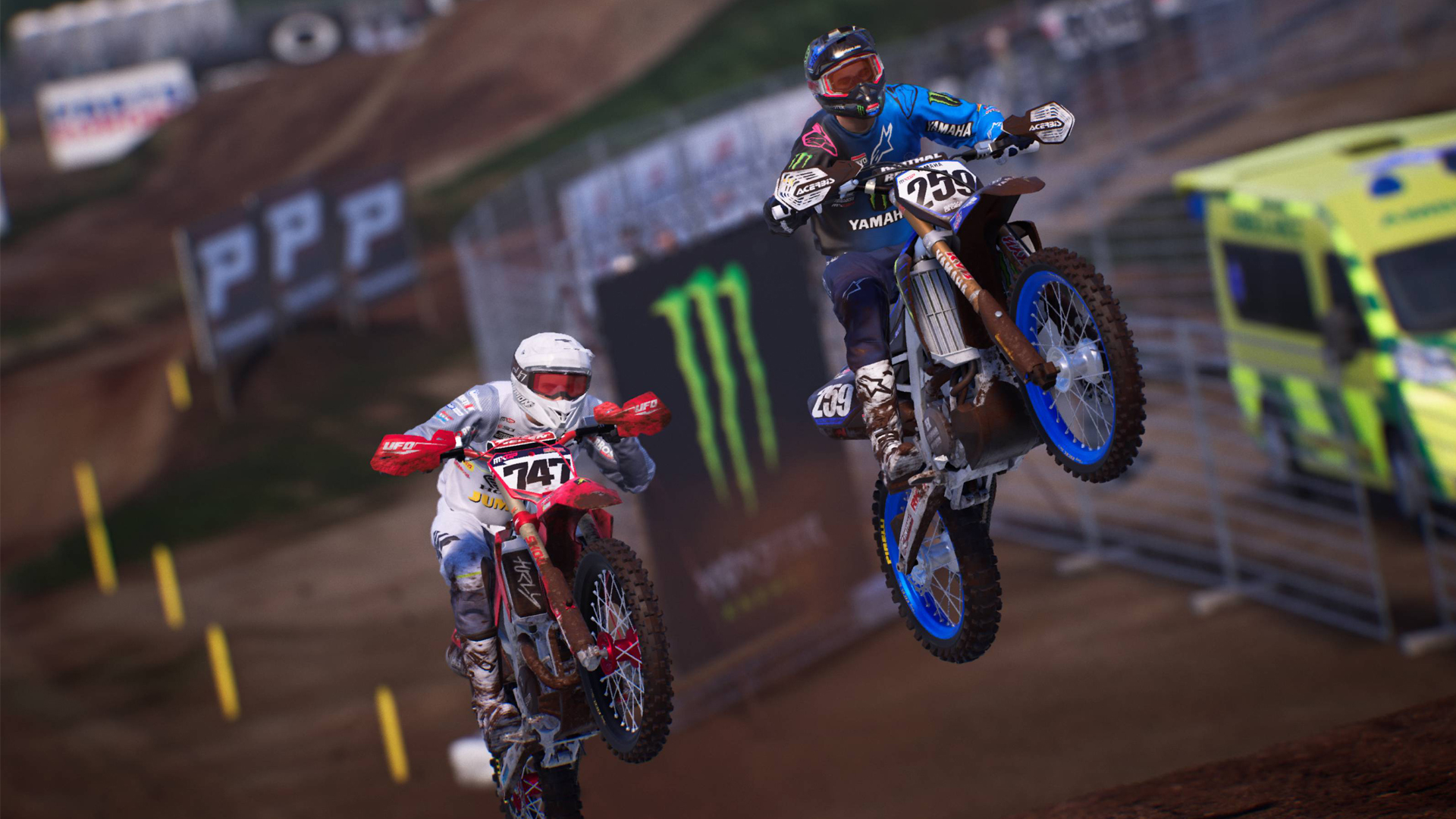 The latest in a long line of officially licenced MXGP video games is about to take off from starting gate. MXGP 2021 has been announced and will be releasing later this year.

Developed by Milestone – the busiest racing game studio on the planet who also recently produced Hot Wheels Unleashed – the game will feature real-world riders, teams, sponsors and tracks from this season’s MXGP action.

For the uninitiated, the FIM Motocross World Championship (MXGP) takes place on outdoor circuits made up of mud, gravel and lots of jumps. Venues are across Europe, and the sport differs from Supercross thanks to the lack of arenas and its high-speed nature. Slovenia’s Tim Gajser was the 2020 champion.

Of the new features, old tracks will make a return. Ottobiano, Ernée, Leon and Agueda all make an appearance. This year, the career mode has also been revised. Details are a little thin on the ground as to exactly how at present, but there will be an emphasis on making critical decisions.

The Track Editor is said to be “more powerful” thanks to “new tools” and is where much of the emphasis seems to be placed this time around.

Perhaps one of the downsides of the MXGP series to date has been a barebones online multiplayer component. In MXGP 2021 there’s the promise of user-generated content being integrated – which is exactly what Hot Wheels Unleashed does too with its Track Editor content. A welcome addition.

This will be the seventh yearly MXGP game released by Milestone since the original in 2014. We reviewed MXGP 2020 and said:

“On the surface, easily playable, nicely presented, ticks the boxes – but scratch beneath the surface and it lacks the depth required to elevate it into the upper echelons of racing video game greatness.”