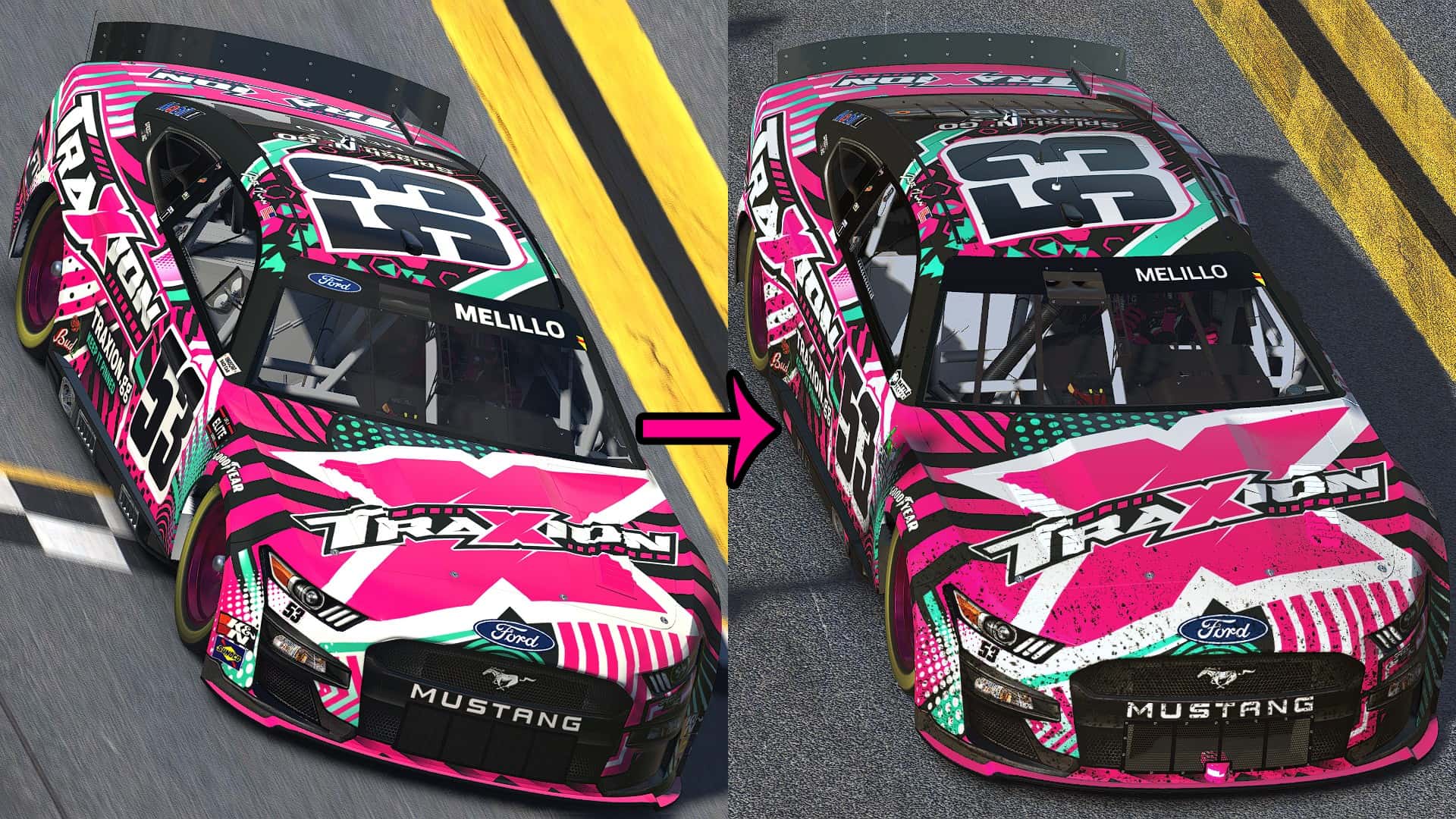 Just six days before the Daytona 500 and the start of the NASCAR Cup Series season, iRacing’s latest patch has given sim racers the most up-to-date models of the new car, the NASCAR NEXT Gen. Whether you’re still calling it the NEXT Gen or the Current Gen or the Generation 7, it should be finally up to date from all of the changes made over the offseason.

NEXT Gen cars will now have the windshield scoop modeled in as it is, and the last names for drivers will be stamped by iRacing on the driver’s side of the windshield. Also on the nose, the grille area has gotten a slight update towards the splitter area.

On the rears, the spoilers have been adjusted for both superspeedway and everywhere else. The SS spoiler is slightly shorter than what it was, and the regular package is now at it’s appropriate 4-inch height. On the rear window, there are now slots added.

It brings the cars current to what was seen on the track at the LA Coliseum clash and what will be seen this upcoming week at Daytona for the 500. Also worth nothing, per the notes, “front and rear springs may no longer coil bind,” and setups have been adjusted as well.

For NASCAR Xfinity Series vehicle enjoyers on the iRacing service, your Class B Xfinity cars have also gotten an update in the latest patch. Branding, contingencies and textures are all up-to-spec as their season begins in five days, also at Daytona Int’l Speedway in the “BEEF. It’s What’s For Dinner.” 300.

No word yet on when, or even if we’ll get the updates for the NASCAR Trucks that appeared towards the end of the season.

While the real world LA Coliseum transitions back into an American Football stadium, the iRacing version will live on. In the Valentine’s Day patch, real world data from NASCAR’s Clash at the Coliseum has been gathered and implemented on the surface and grip levels. The rest of the patch doesn’t have much, but it can all be found in the official patch notes below.