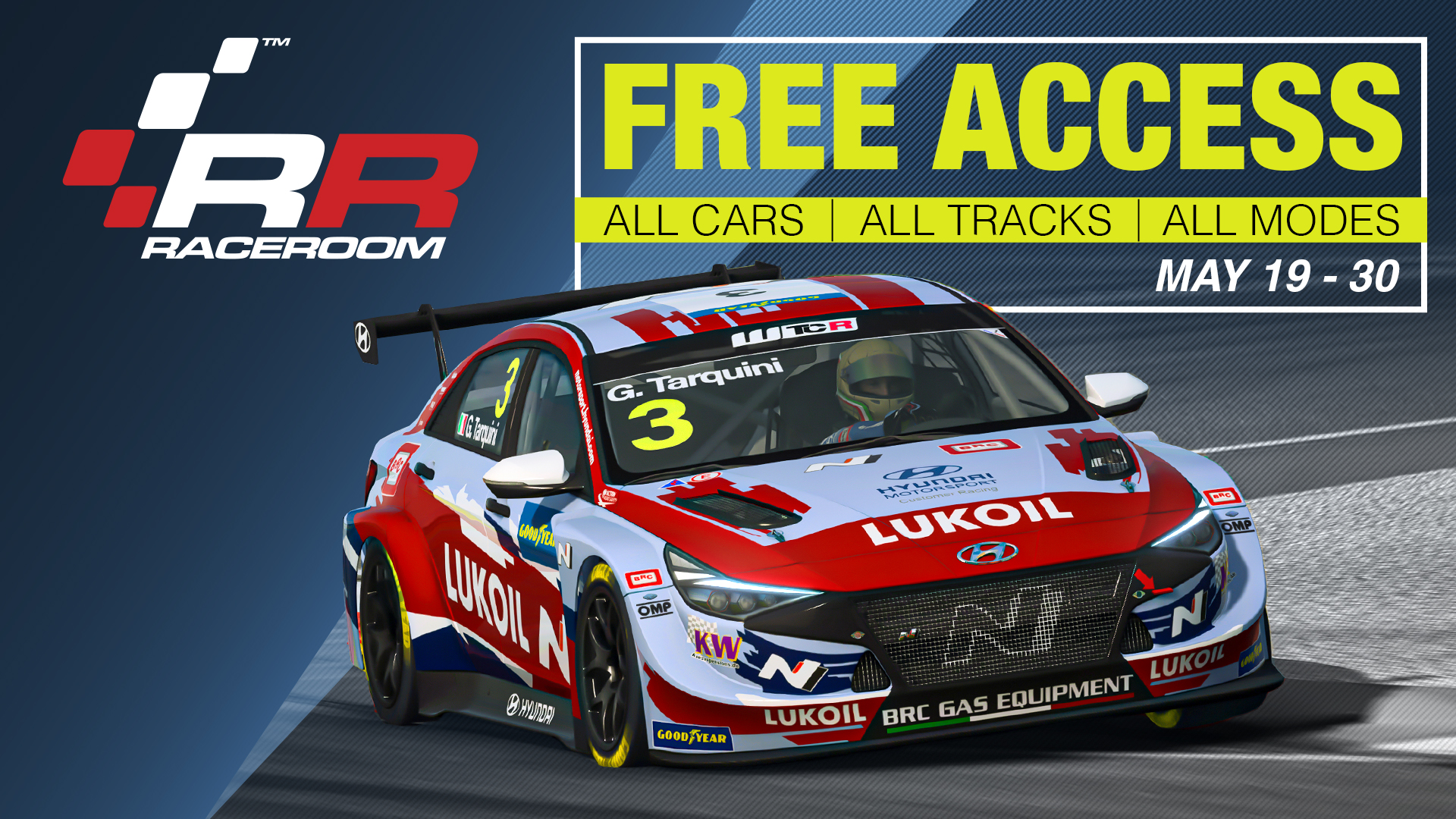 From the 19th until the 30th of May, Steam users can try out all of the content on the RaceRoom Racing Experience free of charge. In general, RaceRoom is a free-to-play title on the Steam marketplace, but the majority of their content is not, and it’s those small car and track transactions that can add up.

Now, until just before the end of the month, if there was ever a car or track you wanted to give a try, or if you’re looking to get on to the platform for the first time, it is all available through their Free Access campaign. That includes over 180 different cars, more than 50 different race tracks throughout the world, and all of the modes, features and physics that RaceRoom has to offer.

This comes alongside a hefty update also posted today (19th May 2022). In the 1.8 GB download, a number of tracks were given some attention as well as some of the cars and the way they work. Check out the full changelog below.

Will you be trying out any RaceRoom content that you’ve been thinking about purchasing this week? Let us know what you’ve got your eyes on in the comments below!