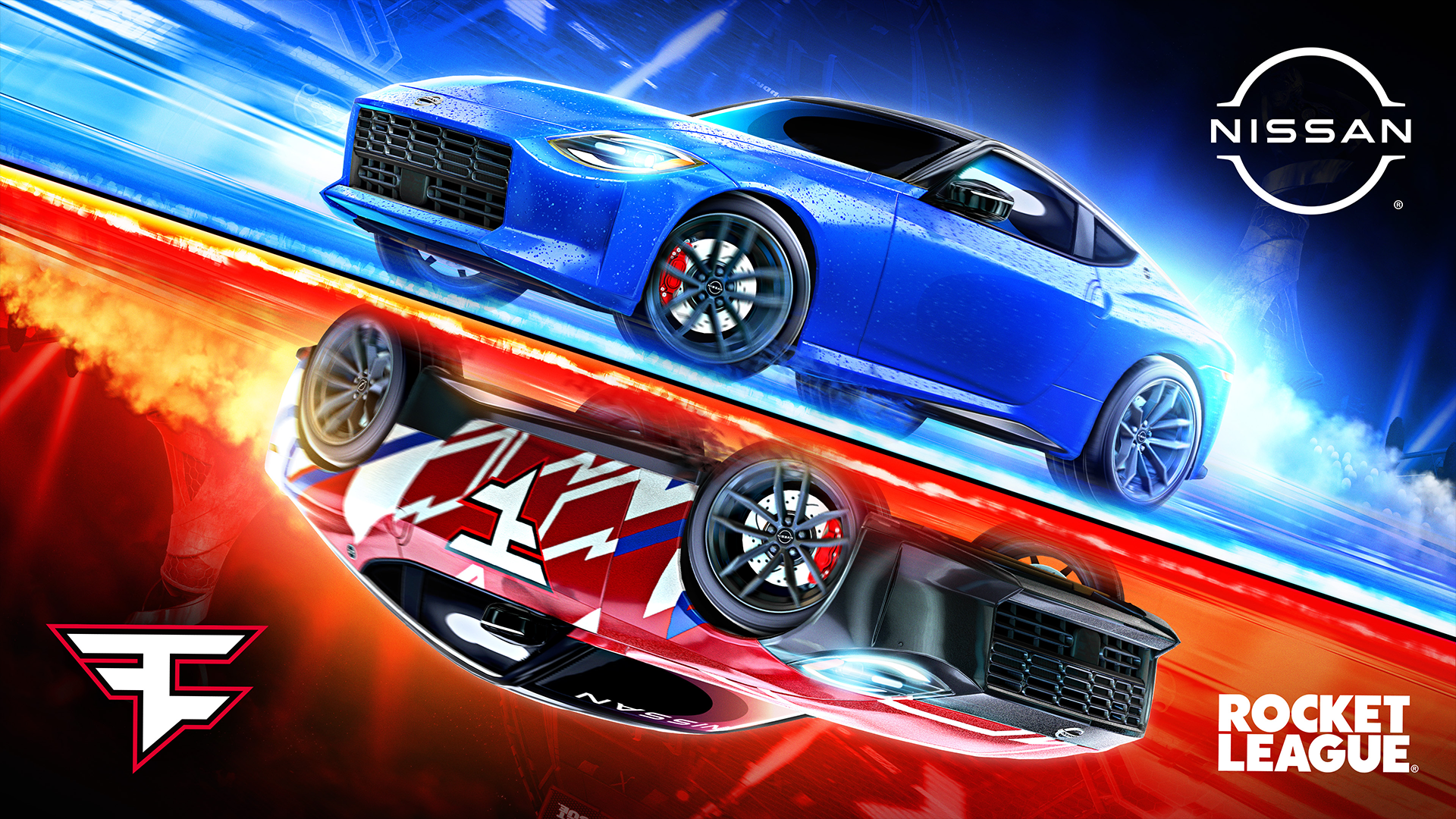 Rocket League has announced a new Nissan Z Performance Bundle, available from the 26th of May. The pack also comes with a FaZe clan decal.

Psyonix – the developer of car football phenomenon Rocket League – has announced a tie-in with both Nissan and pro esports organisation FaZe to create the upcoming Nissan Z Performance bundle.

The collaboration will bring the latest in Nissan’s range of ‘Z cars,’ the Nissan Z, into Rocket League for the first time. The pack comes with a FaZe Clan decal plus the usual wheels, engine audio and player banner we expect from Rocket League bundles.

Nissan joins the likes of McLaren, Aston Martin, BMW and Ford in bringing their iconic cars to the game.

The Nissan Z is set for release in North America and Asia in 2023, with a European release canned due to high emissions. Understandable considering the car has a twin-turbocharged V6 engine producing 400bhp…

The only way for European fans to drive the Z will be racing games and sims but take note; the pack is only available for a limited time – from the 26th of May to the 7th of June 2022.

The content will be available across PC, PlayStation, Xbox and Switch platforms.