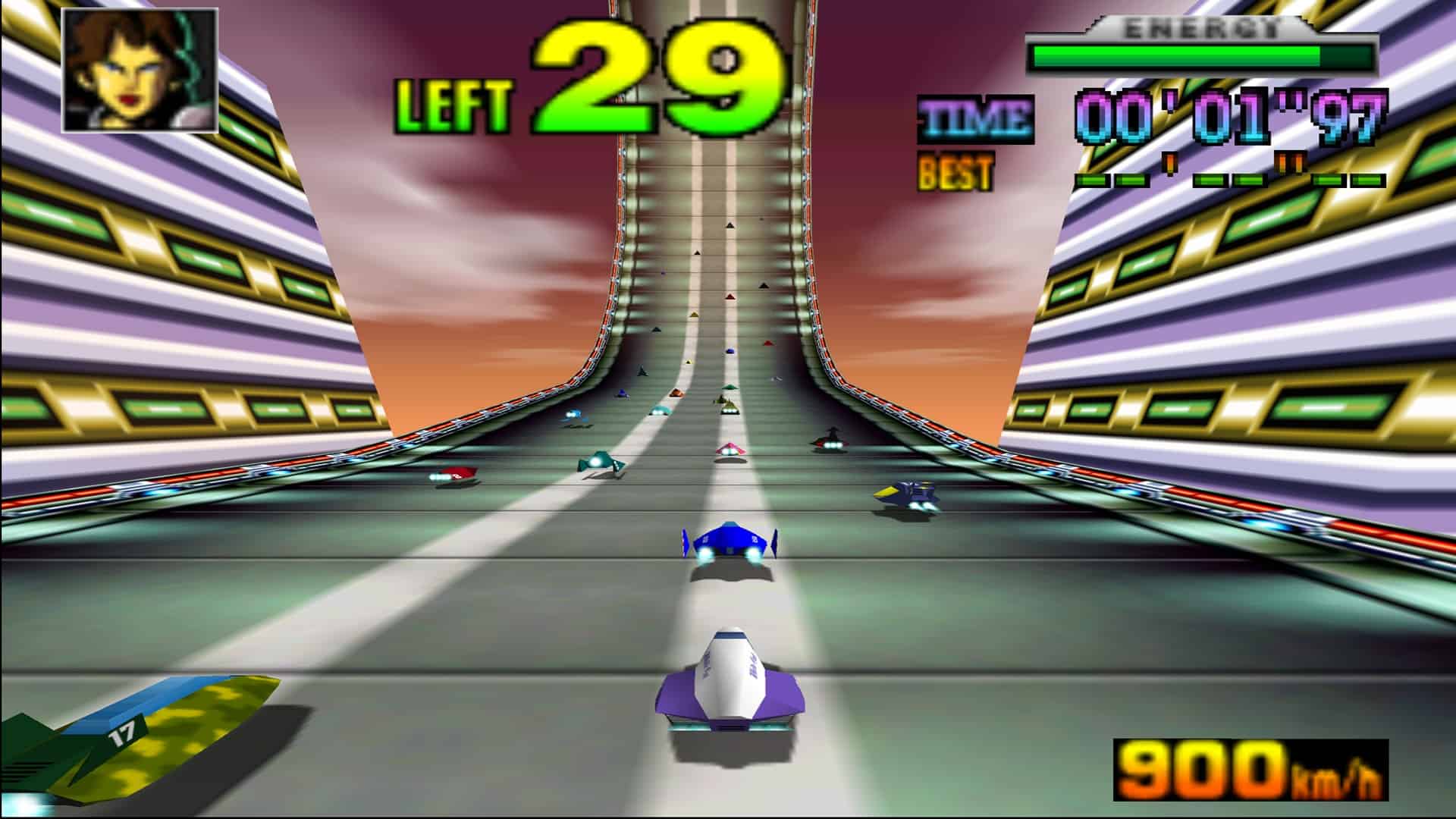 Ever since Nintendo announced its Nintendo Switch Online Expansion Pack would feature Nintendo 64 games, we’ve waited patiently for another racing game to join Mario Kart 64 on the service. Finally, today, (9th March 2022) Nintendo has announced that F-Zero X will be available this Friday 11th March.

Coming as a bolt from the (Big) blue, the snap announcement is a welcome one, considering there are only nine N64 games currently in the Nintendo Switch Online library, with only one of those being a racing game – Mario Kart 64.

Nintendo has revealed that much like Mario Kart 64, online multiplayer will be a feature in this version of F-Zero X. However, it looks as though will only be for a maximum of four players – including AI opponents – so massive online championship races will sadly be unavailable.

In better news though, the N64 classic’s local four-player split-screen mode will return.

Fans hoping to see the Japan-only Expansion Kit may also be disappointed. The N64 Disk Drive curio featured a track editor and extra content, but there’s been no mention of this coming to the Nintendo Switch Online (NSO) Expansion Pack version so far.

Looking at the official trailer for the game, the action will take place in the original’s 4:3 aspect ratio, with thick borders either side of the main screen. Although the action zips along nicely, a full-screen option would have been preferable.

F-Zero X was originally released in 1996, its USP being high-octane action on fiendishly tricky tracks, with a buttery smooth and consistent 60fps throughout. The player raced against 29 AI opponents with the goal of placing well in enough in each race to emerge as tournament champion.

In a lot of ways, the tracks were the stars of the game, with tunnels and cylinder tracks traversable across 360 degrees. Massive jumps and speeds of over 2,000 km/h were possible, and you could get one up on the competition using some basic – but effective – vehicle combat.

Currently, an Individual Membership for NSO plus the Expansion Pack costs £34.99/€39.99 for 12 months, with Family Membership (up to 8 consoles) costing £59.99/€69.99. The pricing structure for NSO has put some N64 fans off the service given the lack of content available, but a game of F-Zero X’s calibre goes some way towards addressing their concerns.

And if you happen to live in a household with seven other Switch players – I’m totally sure that happens – it might be an idea for each of you to chip in £7.50 each so you can all enjoy some excellent retro games at a discounted rate?

Are you looking forward to F-Zero X on the NSO Expansion Pack service? Let us know in the comments below.