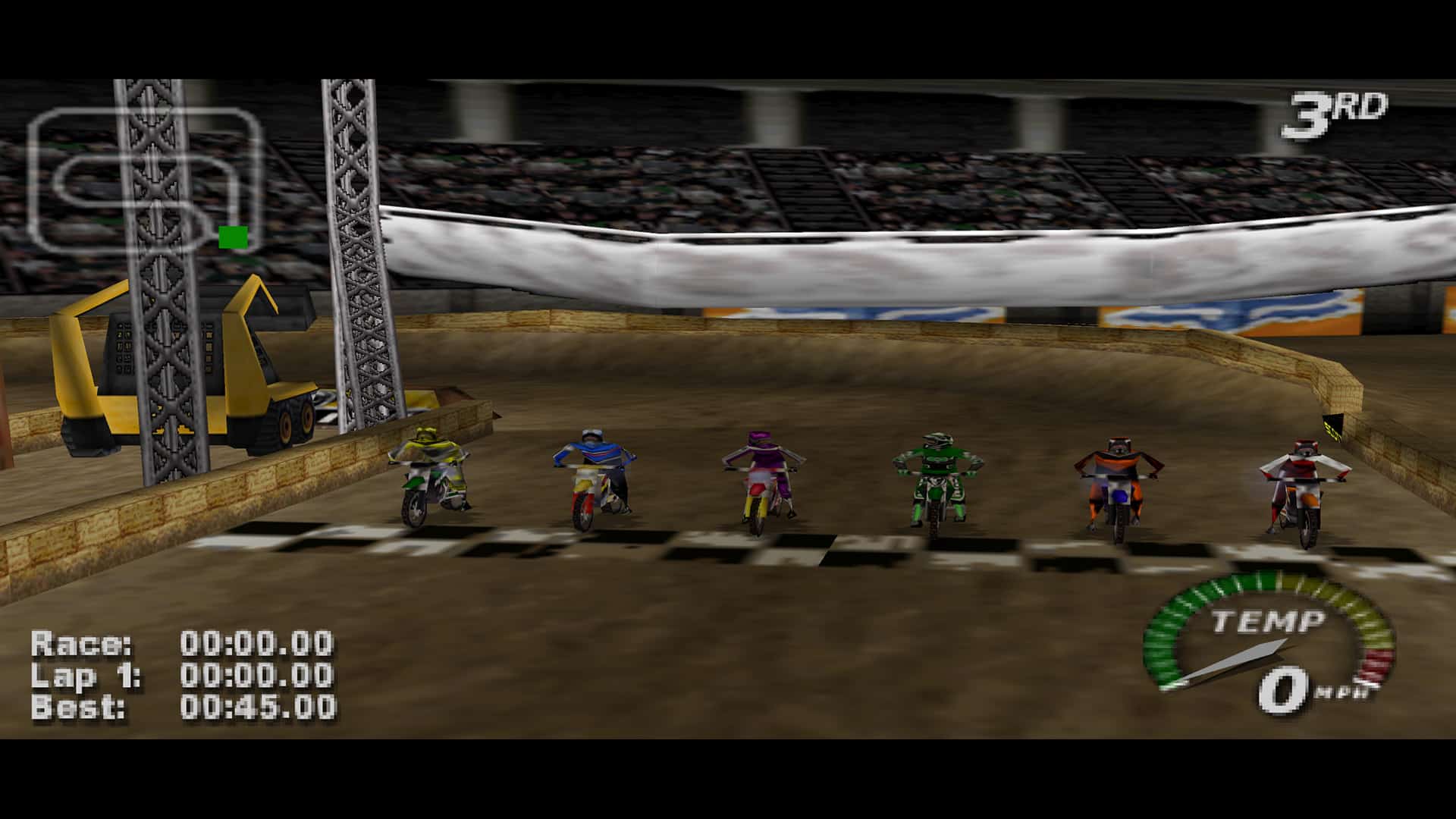 Classic motorcycle racer Excitebike 64 will be making its way onto the Nintendo Switch Online Expansion Pack service in the near future.

Fans of retro racing games rejoice! The Nintendo 64 classic Excitebike 64 will be heading towards Nintendo Switch Online’s Expansion Pack in the near future.

The announcement was made during a Nintendo Direct presentation yesterday (13th September 2022), alongside other major titles like Pilotwings 64 and Goldeneye 007 (my all-time favourite game, excitingly enough). A more precise release date than ‘2023’ was not revealed, however.

The fast-paced motocross title was a sequel to the two-dimensional, side-scrolling Nintendo Entertainment System (NES) original from 1985, simply called Excitebike. Interestingly, it was designed by Nintendo legend Shigeru Miyamoto, and its game engine was later used to develop Super Mario Bros. that same year.

Excitebike 64 matched superlative bike physics to an intuitive stunt system, allowing players to pull off up to 30 different tricks across 20 tracks. Excitebike 64 also featured some trademark Nintendo silliness: players could take part in bizarre minigames in the ‘Special Tracks’ menu, including a race to extinguish as many campfires as possible in a randomly generated desert landscape. As you do.

But from a technical point of view, Excitebike 64 was an impressive achievement – it even featured a powerful track editor tool!

The game was developed by the USA-based Left Field Productions, and released in Japan and North America in 2000, with a European release following a year later.

With four-player split-screen multiplayer (unconfirmed for the Switch release thus far), officially licensed motorcycle brands and nuanced handling, Excitebike 64 could well be the racing game jewel in the Online Expansion Pack crown when it becomes available.

We remain hopeful that the emulation of Excitebike 64 offers a smoother experience than the recent Wave Race 64 Switch port, however, which was especially disappointing given the quality of the F-Zero X and Mario Kart 64 conversions.

What was your favourite part of Excitebike 64? Does its announcement for the Nintendo Switch Online Expansion Pass persuade you to buy into the service? Let us know in the comments below.