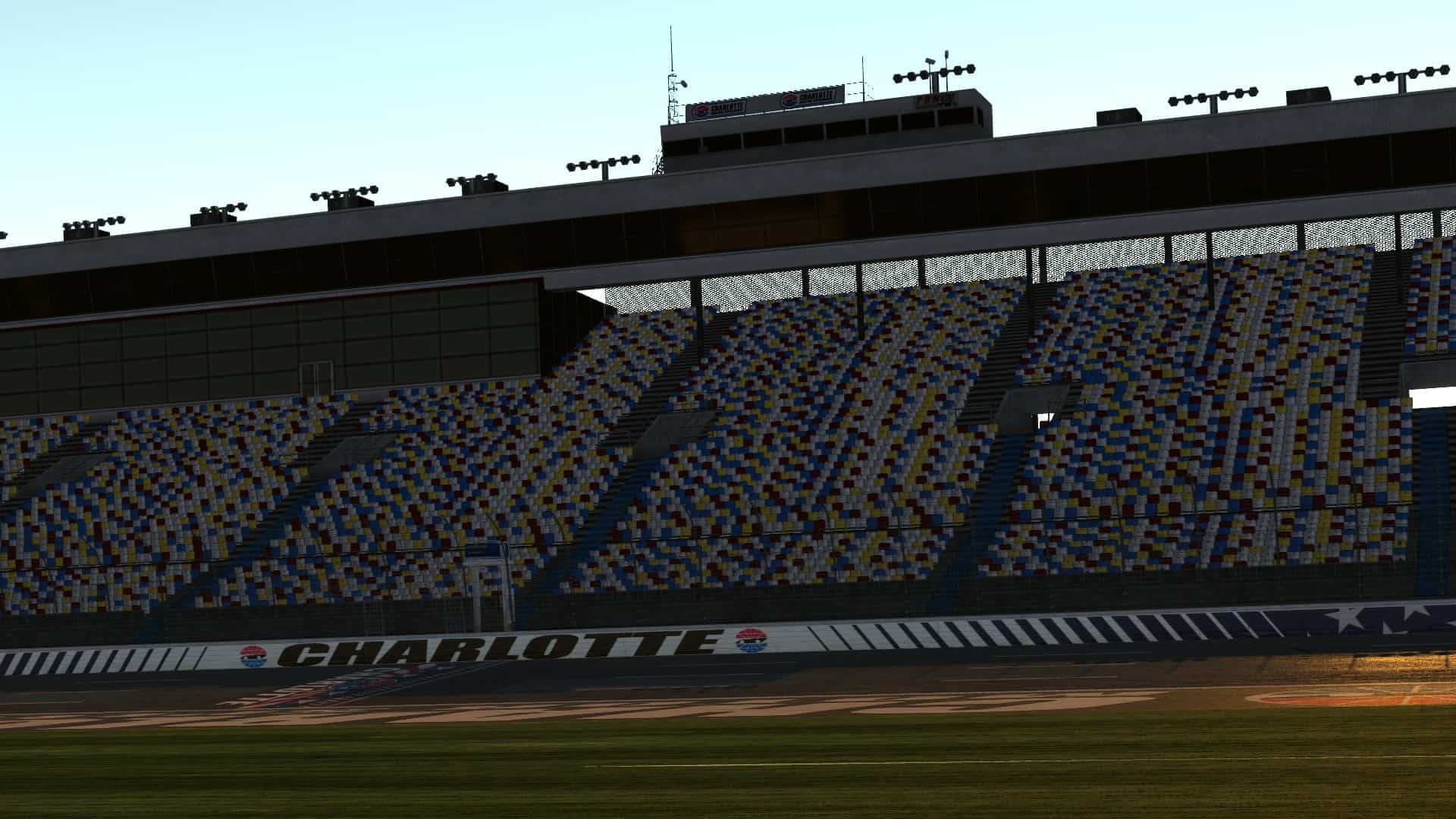 The eNASCAR Coca-Cola iRacing Series is heading to America’s (virtual) Home for Racing, Charlotte Motor Speedway, for the ninth race of the 2021 season.

There have been eight different winners in the series through as many races, which means that if all eight drivers stay in the Top 20 in the standings, there are only two tickets left to make the playoffs. Furthermore, if 11 drivers find themselves hoisting the virtual trophy in the regular season, at least one driver who won won’t be racing for a championship, and no drivers without a win would be either.

Mitchell deJong was the latest winner in the series, dominating the first eNASCAR trip to the virtual Circuit of the Americas. With the victory, deJong snapped a six-race road course winning streak held by Bobby Zalenski dating back to 2017. With deJong in and Zalenski outside the cutoff, it will be interesting to see if Zalenski can find a victory in the final six races before the playoffs begin. Luckily, Road America and Watkins Glen are two of those final six races.

As far as the upcoming track is concerned, last year’s event was won by Kollin Keister, former driver of the No. 17 Ford for Roush Fenway Gaming. Steven Wilson now owns that ride in 2021 and has been one of the most impressive rookies in the class. Two of the three 1.5-mile ovals saw Wilson in the Top 5 at the end of the race, finishing second at Las Vegas and fifth at Atlanta. Unfortunately, Wilson was collected in an early wreck at the other 1.5-mile oval, Kansas, finishing 38th. If Roush Fenway Gaming wants to defend their victory from last year, Wilson could be the driver to do it.

Historically, in 12 races at the virtual venue, there have been 12 different winners since the inaugural season dating back to 2010. Brad Davies (2011), Nick Ottinger (2012), Ray Alfalla (2017), and Keegan Leahy (2019) have all won and will be in the field on Tuesday night. If the trend continues, don’t expect any of those drivers to catch the virtual checkers again at this track.

Garrett Lowe, Ryan Luza, and Graham A. Bowlin all took home Top 5 finishes last year. Luza has been to victory lane and Lowe has had an off season, but Bowlin could be another driver scratching on the door of winning in the series after many strong runs since joining the series last year.

In my opinion, I think Charlotte will break multiple trends on Tuesday night. Not only will Charlotte produce a two-time winner for the first time in series history, but it will be done by someone who has already visited victory lane already in 2021, that being 23XI Racing’s Keegan Leahy. The team leads the team points after eight races between Leahy and deJong, track position will likely be key, and the VRS Coanda Simsport group have been on it with their qualifying all season long.

The pre-race Countdown to Green starts at 8:30 p.m. ET. The ninth race of the season will kick off just around 9:00 p.m. ET on iRacing social channels (Twitch / Facebook / YouTube) and will also be live at eNASCAR.com/live.