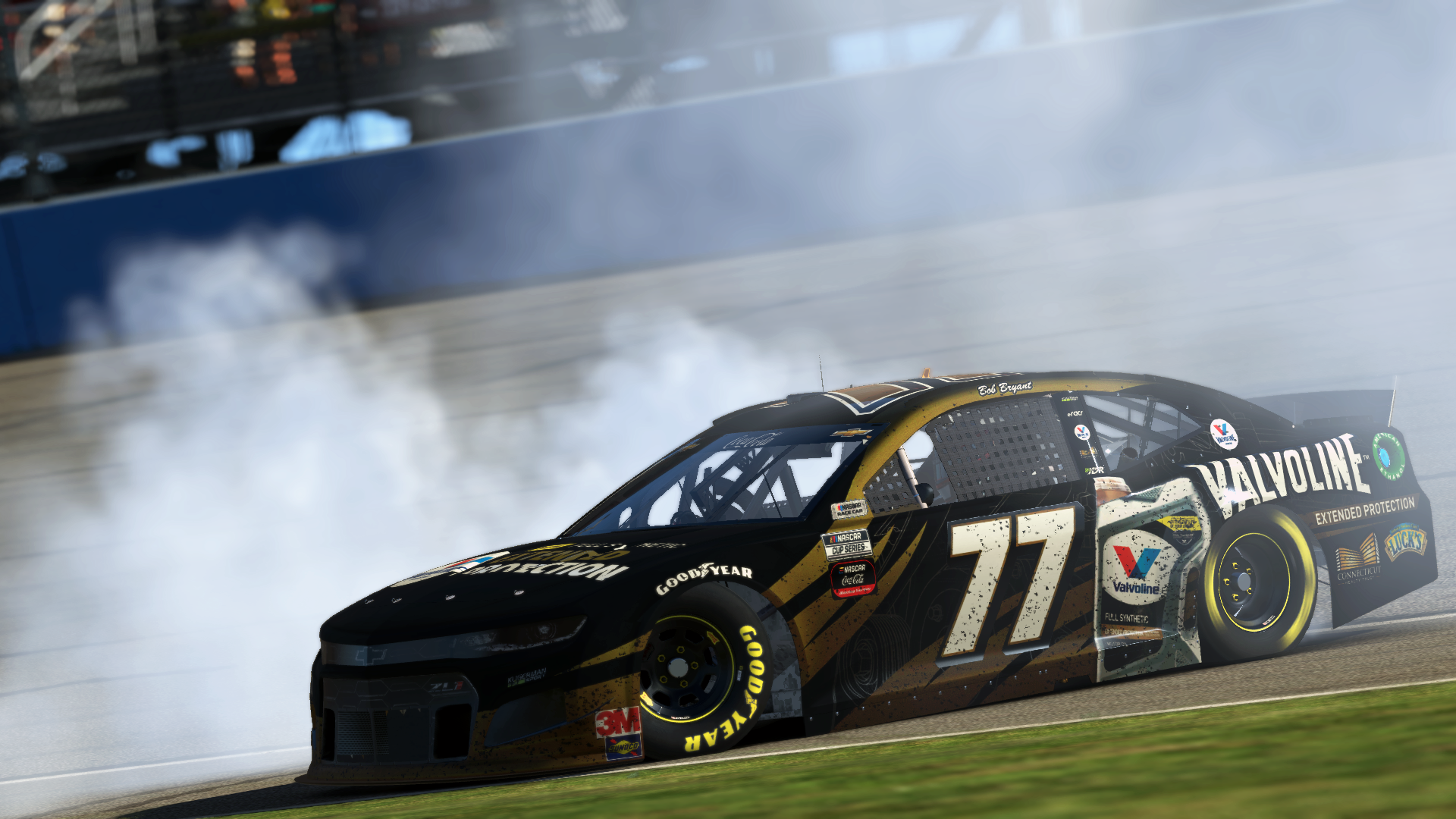 Bryant was able to take one less pit stop than the majority of the field and waited the longest to pit. That allowed him to race without needing to save on his final stint, passing his Kligerman Sport teammate Isaac Gann and JTG Daugherty Racing driver Derek Justis with 24 laps to go, hanging on for the win.

“I don’t know what to say,” Bryant said. “I just had an incredible car… wow, they don’t just give these things away. This series is unbelievably difficult, and I’m honestly kind of shocked.”

Citing his pit strategy which was also used by about a dozen others, Bryant credited his position to waiting longer than anyone else to make the pit stop. “I was sweating at about lap 10 when we were 36th and going backwards,” Bryant said. “I knew if we could go a couple of extra laps more than the competition on the first run, it was going to really allow us to open the car up the entire second run, and that’s exactly how it played out.”

Bryant, only in his second year in the series, has more to his story than just the 25 races he’s run in the top level of sim racing. With ties back to winning championships in Dale Earnhardt Jr’s old sim racing league on NASCAR Racing 2003 Season known as DMP, Bryant has been around the oval sim racing community for two decades.

An account holder since the beginning of the service, Bryant started racing competitively again on iRacing in 2019, qualifying onto the 2020 eNASCAR Coca-Cola iRacing Series roster, and came close a few times to winning in his first season, collecting two Top 5 finishes at Daytona and Talladega. Now, he’s the 55th different winner at the top level of eNASCAR racing, and virtually locked into a playoff spot at the conclusion of the regular season.

“Now we can go battle for a championship. That’s awesome.”

The fastest car does not always win the trophy at the end of the day, and that can be said over and over in this series when it comes down to the unpredictability of how these races pan out.

On Tuesday night, the 100 lap show went flag-to-flag without any interruption, and that set up drivers for a multitude of differing strategies to play out.

Keegan Leahy (23XI Racing) took the pole position, and made it evident that he had the fastest car throughout early on. On lap 20, Leahy pitted from the lead, much earlier than most others would through the event.

If the race would have gotten a caution at the right moment, Leahy would have looked like a genius by short pitting the field and taking a larger advantage through the pit cycle. Most drivers opted for a more conservative strategy, to break the race into even thirds, and pit every 33 to 34 laps. Neither Leahy nor the safe strategy worked out for the victory.

About a dozen cars opted to save their virtual fuel from the get-go, Bryant included. Running towards the back of the pack, an early caution could have spelt disaster for those drivers. The only way their strategy would play out would be a caution-free event or at least holding off until late in the race so that everyone would need to pit again for fresh virtual rubber anyway.

Even on the one-stop-strategy, the call to pit was the difference-maker for Bryant. Most of them chose to pit right at halfway, making their race two even 50 lap runs. Bryant chose to stay out an extra two laps, and that meant he didn’t have to save as much on the final run.

As the two stop drivers struggled to fight back into the Top 10, with Leahy getting the furthest up the running order to finish seventh, all eyes were on the battle between the single stoppers during the final laps. As tires evened out and enough fuel was saved, as the laps wound to a close, positions were hard to come by. Neither Justis or Gann could catch back up, and Bryant walked away as the victor.

Through it all, there were 13 lead changes on the night between eight drivers. Bryant led the most laps at 26, and held off Justis by just 0.6 seconds.

The race was relatively clean. The only incident points awarded by the sim came on the very first lap when Ashton Crowder (Elliott Sadler eSports) slid up in front of Isaac Gann’s No. 44, both drivers earning a 4x car contact.

However, on lap 9, Ryan Luza (XSET Gaming) attempted a move to the outside of Nick Ottinger (William Byron eSports) and the two made contact, sending Luza up into the wall with heavy contact. The game didn’t register the hit as incident worthy, but it completely ruined Luza’s race. By lap 20, Luza was scored in 40th place.

Ottinger went on without further incident to finish in 18th. Luza was forced to attempt the one stop strategy, but the damage was too great, and he wound up finishing in 39th.

The two drivers faced off against each other as well as Bobby Zalenski (LETARTE eSports) and Michael Conti (JR Motorsports) in the Championship 4 race at Homestead-Miami Speedway. Luza had contact late with Zalenski that took him out of contention to win the title. Ottinger went on to claim his first career title.

Afterwards, Luza tweeted that his mind is set on the big picture of building a points gap over 20th in the standings. The incident might possibly stick in the back of Luza’s mind the next time the two find each other on the track, but I wouldn’t expect the drama to continue moving forward.

THE ACTION TRACK IN TWO WEEKS

If all five winners stay in the Top 20 by the end of the regular season, that means that half of the playoff grid is already filled up only five races in. The series heads to Richmond Raceway for the midpoint of the regular season and the first short track race in 2021.

Last season it was Luza taking the victory at the 0.75 mile oval over Conti and Nathan Lyon (Roush Fenway Gaming). Luza has claimed the last two victories at the track, while Ray Alfalla holds three victories (2011, 2017, and 2018) and Nick Ottinger has two victories (2013 and 2014).

Richmond Raceway also fields an eSports team in the series for Jimmy Mullis and Zack Novak, and will be aiming to bring home a home victory for their fans in two weeks time. 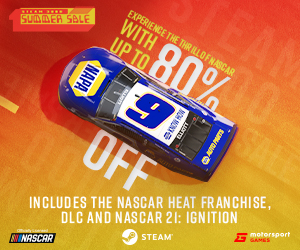