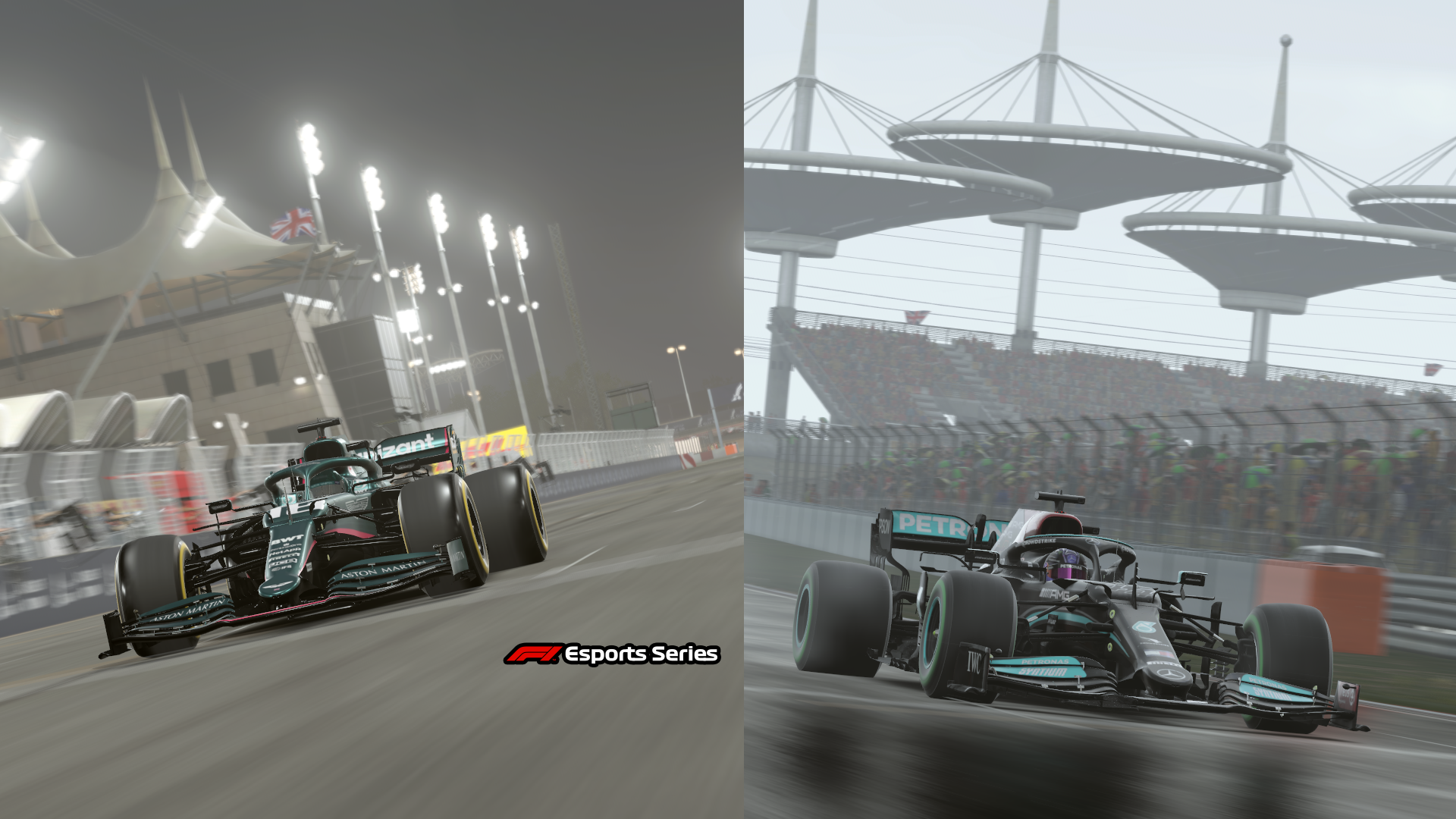 The Formula 1 Esports Series is back with a twelve-round calendar to cap off the 2021 season of sim racing. In the final year of the current technical regulations, much could be made about a last chance for many of the front-runners to take the Drivers’ title before a genuine threat of pecking order upheaval for 2022.

In our preview yesterday, we identified the front runners for both championships on the line alongside predicting who of the new blood would rise to the fore. Now we would see where the balance of power truly lay as Rounds 1 and 2 at Bahrain and China played out on Wednesday evening.

As expected, qualifying once again proved to be almost impossible to call with just over two tenths separating pole position from P10. It would be Alpine claiming first blood through Nicolas Longuet who beat out a hugely impressive Lucas Blakeley on the hunt for his first ever win. Truth be told it was a strong day for Aston Martin with Daniele Haddad also featuring inside the top ten.

A muted start for the defending champion Jarno Opmeer whose series debut for Mercedes-AMG began with a P6 start for Round 1; out-qualified by fellow new Silver Arrows recruit Dani Moreno who snagged P4.

Bardia Broumand would start his McLaren Shadow career with a fantastic personal victory as he would start ahead of all Mercedes drivers in P3. Williams Esports’ Alvaro Carreton would also do well to capture P5. Red Bull Racing Esports were conspicuously off the pace.

Broumand’s day would go from great to near-perfect as the Iranian, Opmeer’s rookie to watch out for this season, secured his first pole position on his third attempt in the Formula 1 Esports Series.

After a miserable Bahrain Qualifying session, the Red Bull pairing of Marcel Kiefer and Frederick Rasmussen looked much more in character starting P2 and P4.

Aston Martin once again impressed with Blakeley and Haddad P3 and P5 respectively whilst Opmeer and Round 1 pole sitter Longuet didn’t even make it to Q3.

After a strong launch, Blakely would lead into Turn 1 with Carreton also finding places in his Williams up to 3rd. Though Broumand had lost a position, his new, more experienced teammate Dani Bereznay made good ground on the Supersoft-compound tyres.

Both Mercedes were dismissed by the end of the opening lap with a lunge into Turn 14 on Moreno, the pick of the bunch. Then came his own teammate as they headed into Turn 1 for the second time; no fight there.

Broumand would continue to fall backwards with Moreno through on Lap 4 but just two further rotations were all that were needed to see his teammate in the pits, hopeful of an undercut. Blakeley would respond on Lap 8, exiting some three seconds ahead of the Hungarian. Longuet and Carreton answered the call at the next opportunity but found no gains over the net-race leader.

Opmeer would sew fear with an aggressive pit strategy, heading onto Supersofts on Lap 11. This prompted all who were left to pit, bar Moreno and FDA’s Brendon Leigh, to follow suit – the biggest winner being Rasmussen who was up to 7th once the two long runners had stopped.

The reigning champion would find early rewards jumping Broumand and Moreno before passing Bereznay with ease. After his early overtakes, the McLaren Shadow would face a similar fate to his teammate’s early first stint.

Lap 17 would see the lead fight explode into life; Longuet finally retaking the lead. However, Blakeley would fight back over the next few laps and find the success he was looking for in the final moments of the race. He would take his maiden victory ahead of Longuet who had an in-game penalty removed to retain position ahead of Carreton.

A soggy Shanghai International Circuit welcomed the field for Round 2 and wet tyres were a certainty for the start. Despite the dreary conditions, it was once again second on the grid who would find the better launch. Kiefer would lead out of the first sector whilst his teammate dropped position to Alpine’s Donoso.

Opmeer was the renegade of the grid starting the race on the Intermediates and his gamble, though risky, had signs of genius as the laps stacked up. On Lap 6, a slew of drivers headed by Donoso pitted for the green-walled compound only to find the Dutchman was now at least six seconds ahead.

As everyone cottoned on, it was increasingly obvious that the calls were too late. Opmeer charged down Carreton who was yet to stop and took the lead on Lap 8 ahead of Kiefer and Donoso by Turn 13.

The stubbornness of the Spaniard to not change compound was further exacerbated by his desperate throw of the dice to go onto a pair of Supersofts. Needless to say it didn’t work and Williams registered the first retirement of the season.

Longuet was next to give dry tyres a whirl on Lap 13 and to say it didn’t work out was an understatement. That said, his sacrifice was invaluable to alerting Donoso when to pit himself, which he did so heading towards Lap 16.

The call was pure perfection as the Alpine raced into the lead as Opmeer watched from pit road exit, the advantage would not last the lap however. A mistake into Turn 6 saw Donoso forced onto the backfoot and there was no defence to be had against the DRS-aided Mercedes.

From P14 to 1st place, Jarno Opmeer had put on a champion’s drive in just his second Pro race with the Silver Arrows to claim victory ahead of a valiant Donoso. Kiefer would round out the podium in a quietly assured 3rd.