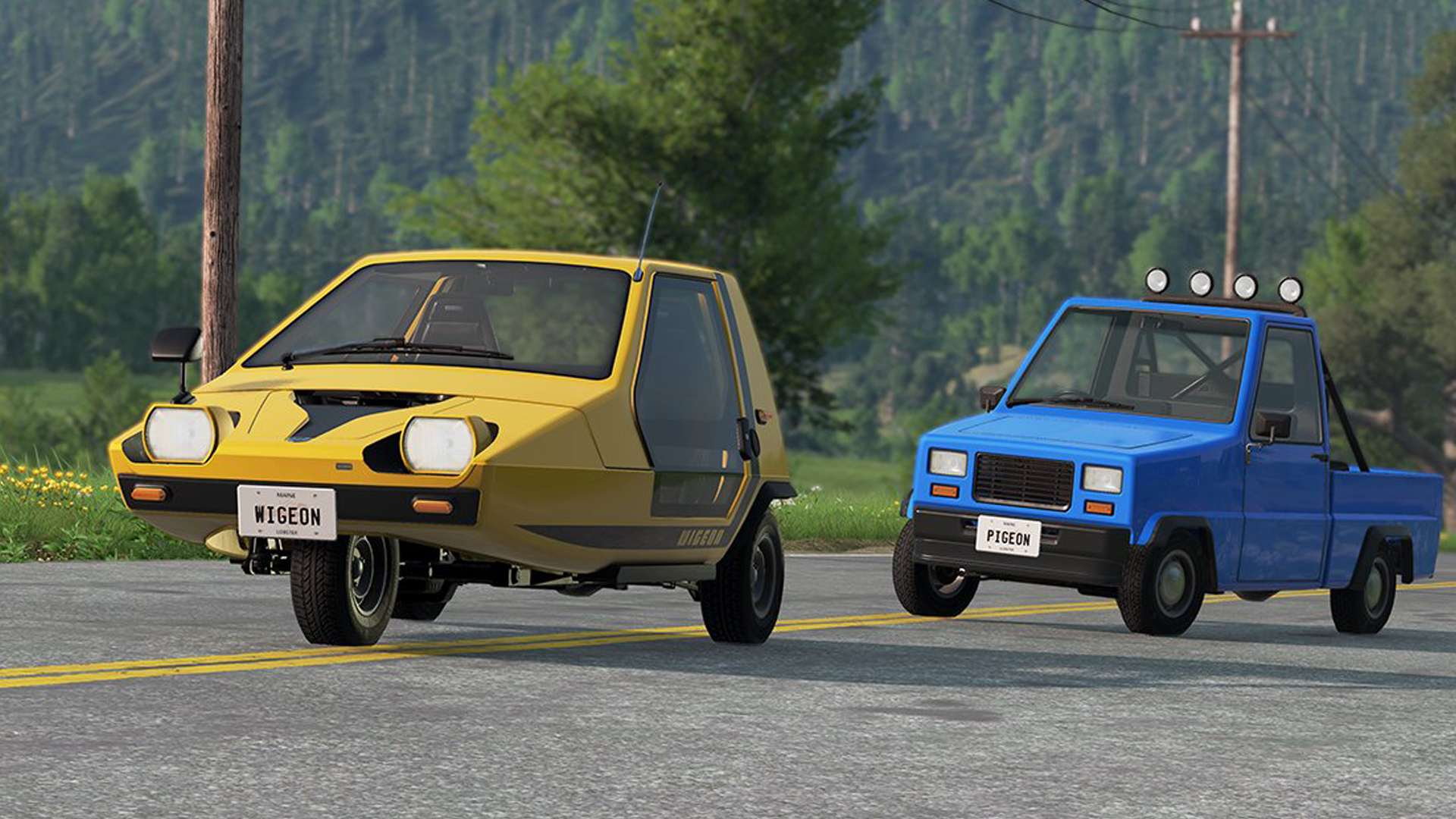 It’s been a number of months since our favourite Early Access crash-physics-based driving game, BeamNG.drive, has received a significant edition but today, that wait is now over.

Version 0.23 is now live, so it’s time to free up some hard drive space and download the latest additions.

There’s a lot to cover here, which is great, so we’ll break down the main highlights for you and if you would like to scroll through the entire list, that’s included on the BeamNG.drive website.

Let’s kick off with new, or heavily revised, vehicles.

The ever-popular Ibishu Pigeon has been redeveloped from the ground up, with an all-new 3D model and highly detailed textures. Three and four-wheel versions are available alongside some new customisation parts.

Sitting alongside the delightful little pizza delivery vehicle is the hilariously named Wigeon. Yes, Wigeon. Brilliant. This all-new three-or-four-wheeled machine has the choice of 550cc three-cylinder or 1.3L four-cylinder engines and reminds us heavily of the Bond Bug, but you didn’t hear that from us…

There’s also a host of small graphics and physics updates to exiting vehicles, such as new interior colours options for the ETK 800 Series.

Three brand-new scenarios – think challenges in a way only BeamNG could design – have also been added, alongside the Jump Course and Port Escape scenarios being remastered.

The lighting has also received a dramatic improvement, thanks to the addition of physically based rendering (PBR) for more lifelike visuals. It’s like the game has had a fresh lick of paint.

The last of the big-ticket items is a revamp for the Gridmap – an in-game proving ground area. The map is now split into 11 different zones, each with a specific theme, such as Offroad, Suspension, Handling and River. This testbed arena used to be 1km square but is now four times the size.

Other changes include the simulation of oil, UI revisions, traffic lights and a whole host of tiny tweaks. Let us know if you’ll be firing up the soft-physics simulator to try out these new additions in the comments below and why watch our hands-on video?