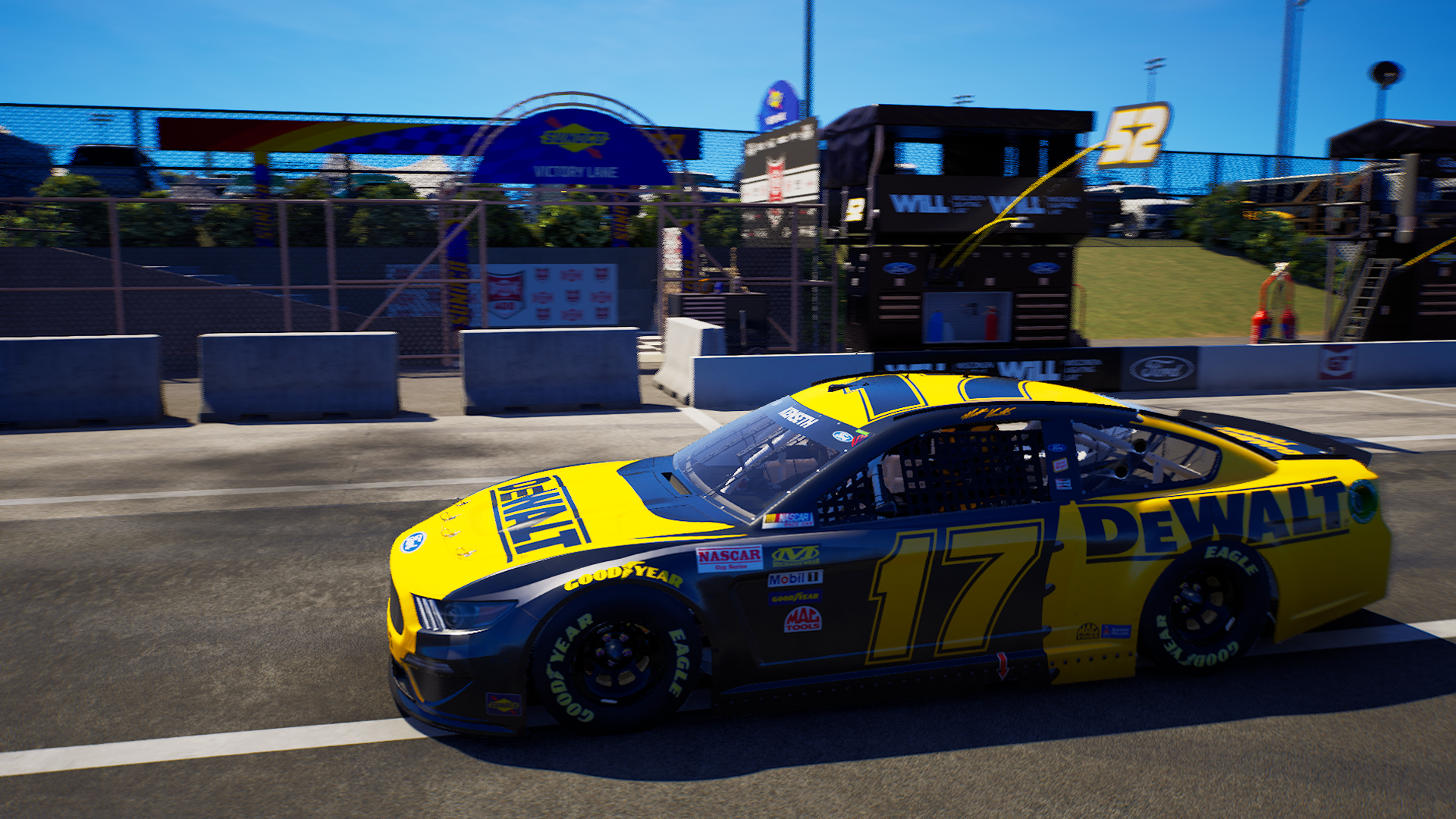 More than 80 more paint schemes are available to drive and race against in the latest DLC pack for NASCAR 21: Ignition. The Patriotic Pack, the second of three planned DLC packs for Ignition, brings NASCAR Cup Series champion Matt Kenseth into the fray as the third driver of a No. 17 car in the game. The new content comes in just a few days after the latest V1.30 patch was released.

Joining Bill Elliott and Darrell Waltrip as legends, owners of the new content will be able to race as Kenseth in his classic DeWALT Ford on Race Now or Online modes. Kenseth is famous for his time in what was the Roush Racing No. 17, winning the Series Championship in 2003. Also with stints at Joe Gibbs Racing, Chip Ganassi Racing, and back again at Roush Fenway Racing in the No. 6, Kenseth amassed 39 victories in 697 career starts dating back to 1998. His 22 year Cup Series career came to an end in 2020.

The Patriotic Pack itself has many patriotic schemes included. Schemes range from races such as the Coca-Cola 600 at Charlotte Motor Speedway, the Fourth of July event at Road America, and other American days of patriotism throughout the 2021 season. Drivers such as Aric Almirola, Austin Dillon, Kevin Harvick, Kyle Busch and Bubba Wallace all have some of the best in the Red, White and Blue color schemes.

While it’s not a patriotic scheme, the winning car from this year’s Coca-Cola 600, the No. 5 First Place Finish Chevrolet driven by 2021 NASCAR Cup Champion Kyle Larson, is also included. Also, my personal favorite scheme from the year, the No. 48 Ally Neon scheme driven by Alex Bowman, designed in part by Dale Earnhardt Jr, is available as well. Check out the full list of schemes that are included in this pack below.

Some schemes are only available for those aged 21 and older if it is set properly in the game settings. Those schemes portray alcoholic content and are designated on the spreadsheet below. If you own the Champion’s Edition of NASCAR 21: Ignition, you merely need to download the new content. If you already own the Season Pass, you’ll be set as well. If you only have the standard edition, there are two ways to get the new DLC.

Players can either get the Season Pass for $29.99, and that will also include the Throwback Pack released last month plus the Playoff Pack slated to release sometime in the future. Players can also download the Patriotic Pack on its own for $14.99. The Patriotic Pack is now available on Xbox, PlayStation, and on Steam.