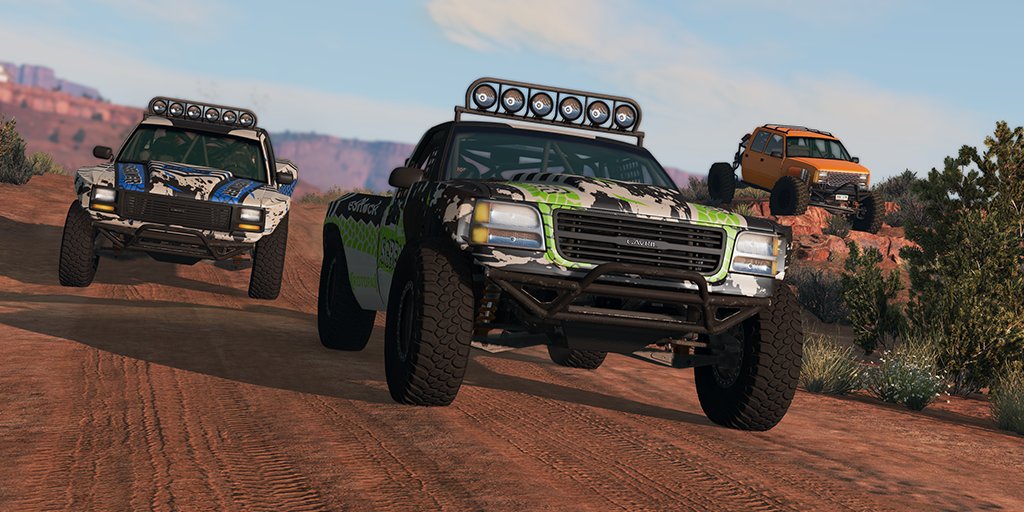 There’s a new major update to the BeamNG.drive game released on Steam today that will give fans of the platform a mid-winter treat. From a new map to tire-ground contact physics, there’s something for everyone.

Firstly, the biggest (and in our opinion most exciting) addition is the renovation of the Jungle Rock Island map. It comes with new locations and roads. If you are stuck indoors in a fairly cold location like we are then you’ll likely be as longing as we are to go on an island getaway. Check out the video below to see the remaster in action.

The West Coast USA map has also been improved. There are new locations included in the update – a logistics centre, central station, construction site and a gas station. There are also some new roads to explore – highways, tunnels and more.

Vehicle refreshes are also on the menu. The second part of the Gavril D-Series remaster has arrived, which is the most substantial update you’ll see. There are some other vehicles and car updates though, with new skins, material textures and wheel rims to name a few updates.

The new “tire-ground contact physics” address come historical inaccuracies in the simulation. Rolling resistance, high speed grip and tires with camber are where you’ll see the changes. As a result of the changes, all tires in the game have been updated to utilise the potential of the new model with BeamNG’s developers claiming that “our vehicles are handling better than ever.”

Finally, there are some new localisations that support additional languages:

You can read the full changlog and patch notes on the developer’s website.