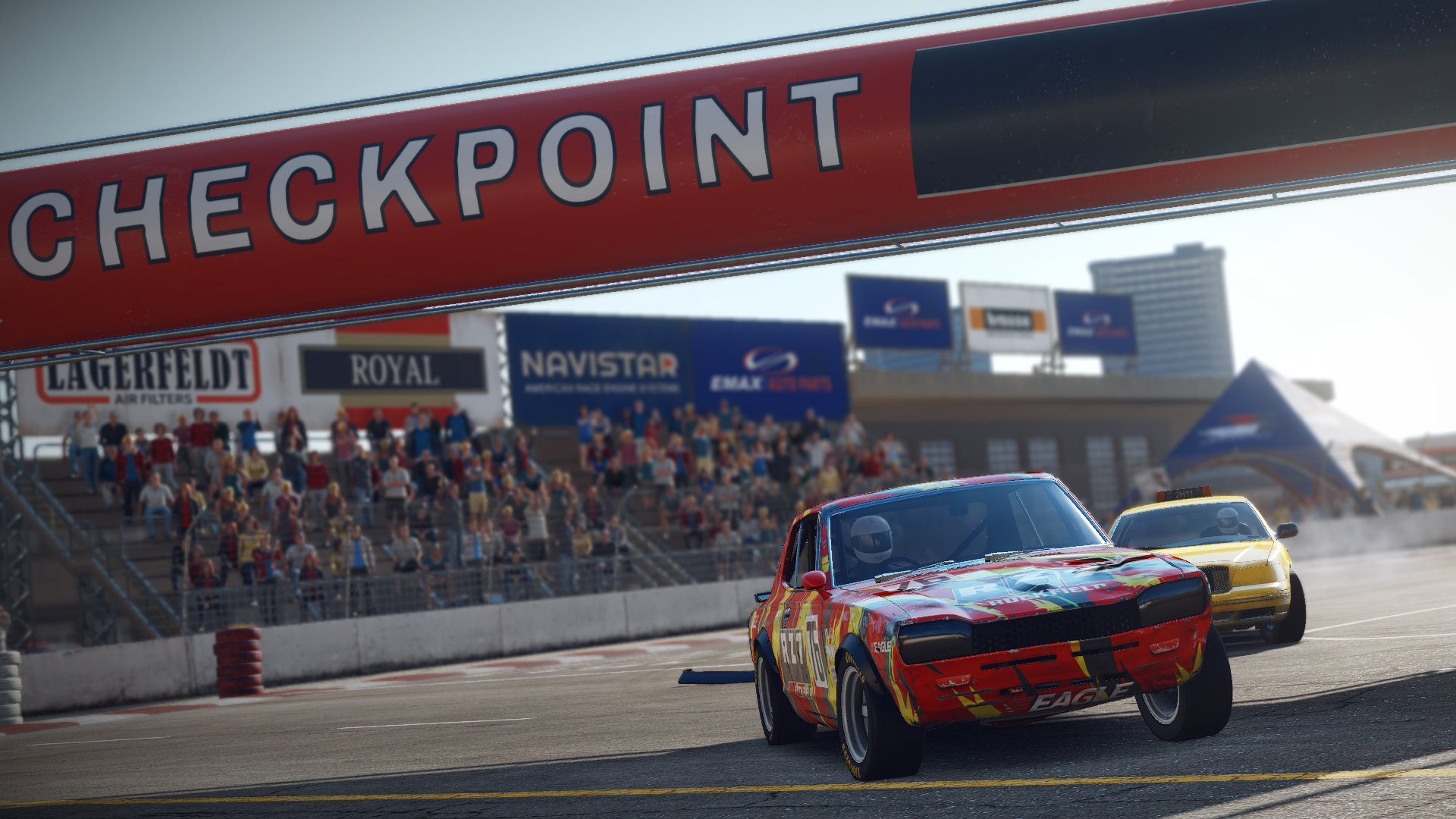 There’s a new Tournament available in Wreckfest which will span the next two months here in 2022. As of today (1st March 2022), the ‘Getaway Chase’ is the newest monthly challenge on the Wreckfest servers.

Per the Getaway Chase Tournament Update forum post, the event will take place over the month at Hillstreet Circuit and will be a checkpoint type of game.

Driving in a Tristar that’s been trimmed out and stickered with a racing livery, the goal is to avoid the taxi cabs that will be hogging the best line and earn as many points as possible by hitting as many checkpoints as you can.

That’s just the season challenge. There will be weekly and daily challenges switching out throughout the season. The weekly challenge at the moment of publication is Race Attack, a demolition racing event.

Two new reward bundles have been added, the same Tristar from the Monthly Tournament as well as a Speedemon bundle just below it. Those will cost 20000 Fame and 10000 Fame respectively.

Besides all of that, there is also a PC-only update that dropped on Tuesday as well. Most of it includes improved Multiplayer functionality, but there are a number of other bugs fixed within as well. Check out the full log below.