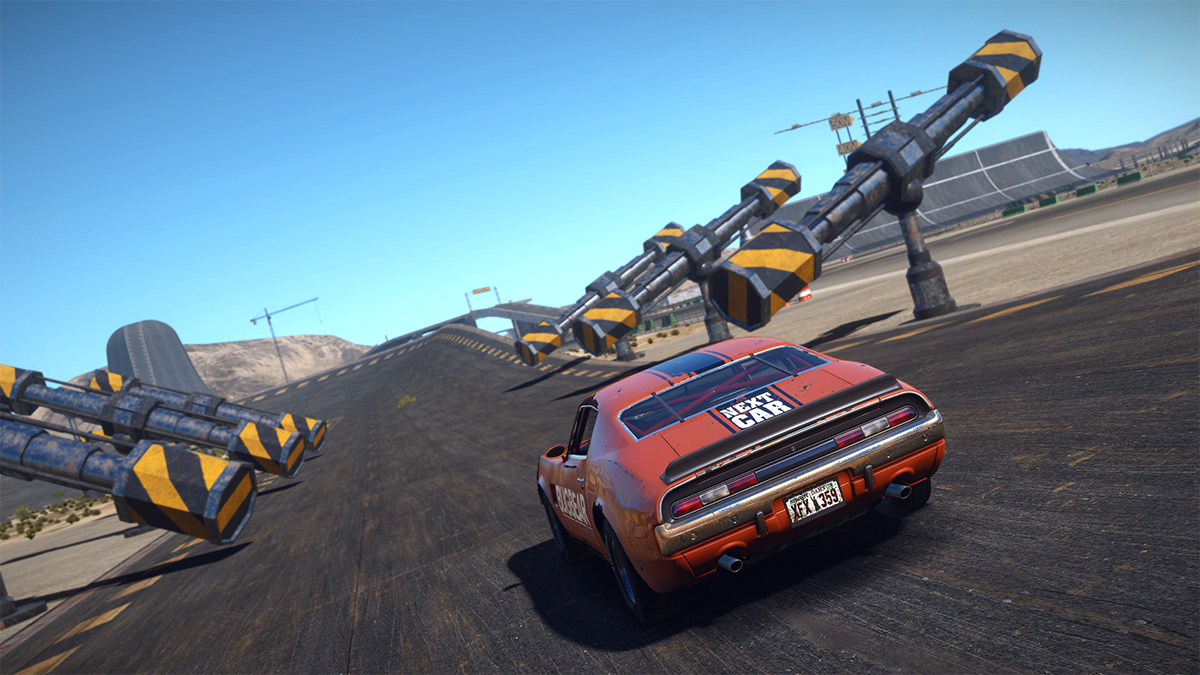 The big-ticket item is the free new playground track, available for all players across all platforms. Wrecking Madness is a fresh area where you can test out the punishing crash physics, and a new ‘Extreme’ damage mode is also included to turn up the madness to the max level.

Before Wreckfest released, it was being crowd-funded under the title ‘Next Car Game’. As a preview for early supporters, a “Sneak Peek” demo was released, which featured a playground to destroy vehicles.

The new Wrecking Madness area is this testbed but updated with contemporary cars and visuals. It’s crazy, with massive jumps, a metal spider that smashes your vehicle to smithereens and all sorts of weird and wonderful obstacles – all designed for maximum damage.

Wrecking Playground and the Extreme damage setting are both available for multiplayer Deathmatch and Team Deathmatch modes too.

The Tournament update, the area of the game where you can compete online challenges to earn ‘fame’ to unlock new items, for June and July will focus on the demolition arena, with points awarded for your crashing and jumping skills.

The Tournament reward is a special Speedbird GT with a Next Car Game livery, harking back to those early days of game development.

The update is available right now, including the new venue, with the Tournament mode set to reset with new challenges in a few hours’ time. It also brings with it a slew of minor tweaks, which we’ve listed in the changelog below.

Finally, the PS5 and Xbox Series X versions and upgrade path are available digitally today, while the PS5’s physical release is also released. There’s a mysterious free bonus car for these platforms too.