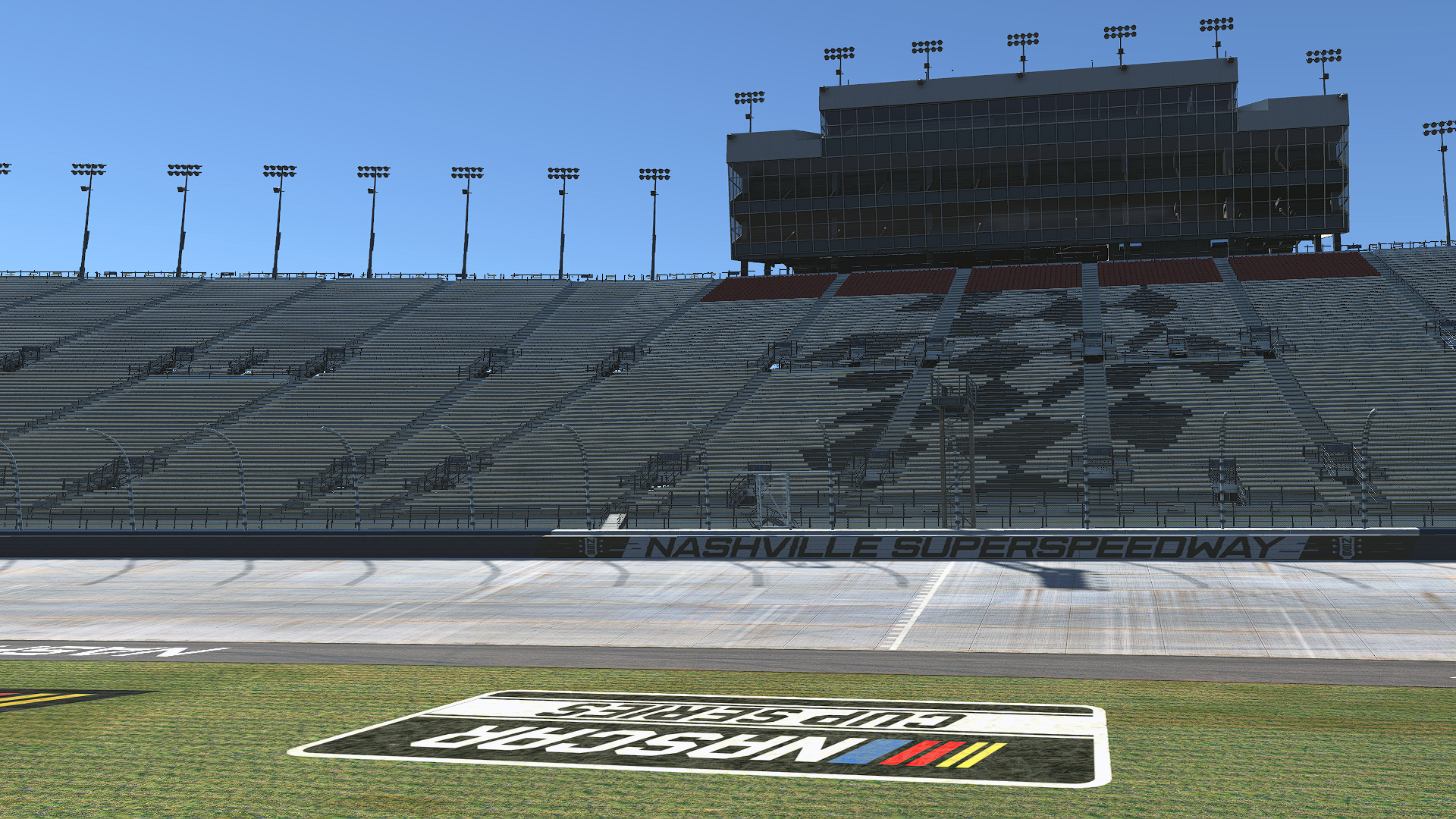 The eNASCAR Coca-Cola iRacing Series returns after a three-week hiatus to take on the virtual concrete of Nashville Superspeedway on Tuesday night (21st June 2022). Nashville marks the tenth race of the 2022 schedule and is the only race to take place in the month of June this season. Only 100 laps are scheduled at the 1.33-mile concrete oval.

At World Wide Technology Raceway at Gateway three weeks ago, Graham A. Bowlin delivered a maiden victory to his new team in 2022, the Charlotte Phoenix, scoring his second career win in the process. Bowlin dominated the night, leading 97 of the 120 laps and winning by nearly three seconds over the field.

After Gateway, Bowlin became the seventh different winner on the season, all but locking his place into the eNASCAR playoffs for 2022. He’ll have to stay above the Top 20 mark, as well as hope that there isn’t any more than ten winners on the season once the playoffs arrive. The first line of defense where he can cement his case even further starts tonight at Nashville.

AN INAUGURAL REGULAR SEASON EVENT, BUT…

This won’t be the first time that the eNASCAR Coca-Cola iRacing Series has visited Nashville Superspeedway, but it will be the first that counts for points. Last season, the eNASCAR Coca-Cola iRacing Series All-Star Race was held at the virtual facility, at the time a new addition to both the iRacing service and the NASCAR Cup Series calendar. They also used the NASCAR NEXT Gen cars for the first time.

In the All-Star Open, Matt Bussa (Mode Motorsports) and Michael Guest (Jim Beaver Esports) were both able to carve through the field after saving tires heavy in the opening stint to advance to the main show. Before the main, a heat race would determine the starting order, and that was won by Bowlin, at the time driving for Stewart-Haas Esports.

In the Feature race of the All-Star, Jimmy Mullis (Rise Esports) was able to fend off his LockDown Racing setup teammate Corey Vincent (Team Dillon Esports) and Guest for the win, which won him $3,500 in winnings. The same purse won’t be up for grabs on Tuesday night, but a chance at $300,000 and an eNASCAR title is on the line in the inaugural points paying event.

Granted, the All-Star Race in 2021 was a fixed setup event, which meant all drivers were on the same setup and it’s possible that the way it was tuned did not match certain driving styles. The series is an open setup series, so in this points paying race, everyone will have the ability to play to their strengths.

Even so, I think Mullis has to be a favorite on Tuesday night. He might be having an off year to this point, but he’s usually good for at least one win on any given season. Nobody else can say they’ve won an eNASCAR event at Nashville, either… points paying or not.

Another name that was strong here last season, and will definitely have speed as they’ve shown all of 2022, and that’s Bowlin. He and Steven Wilson (Stewart-Haas Esports) seem to come into these races with a lot of speed, and both now have the win they need in their back pocket. A second win on the season would be great insurance to ensure their playoff chances.

Speaking of drivers with two wins and a sure playoff berth, the Team Conti boys of Michael Conti (JR Motorsports) and Nick Ottinger (William Byron Esports), as well as their other teammate with a win, Bussa, have been strong all season long, and I don’t expect that to change any time soon. In the battle of backend teams, Team Conti has five wins to Deadzone Racing’s three with Wilson, Bowlin and Femi Olatunbosun (Clint Bowyer Racing).

I’d also be on the lookout for the LockDown Racing teammates on Tuesday night. If Mullis has a winning piece, Zack Novak (Rise Esports), Vincent and his Team Dillon teammate Taylor Hurst, Donovan Strauss (Williams Esports) and Briar LaPradd (JR Motorsports) are all sure to have speed as well.

Finally, we’d have to assume that the reigning champ is going to turn it around eventually, right? Keegan Leahy (23XI Racing) has had a horrific year in comparison to his other seasons on the tour. A new track plus three weeks to figure something out could spell trouble for the rest of the field. Once Keegan gets going, it’s tough to slow him down.

As it stands, there are only three spots remaining in the 2022 eNASCAR Playoffs with five races until the regular season ends. If we get more than 10 winners, some winners may not get the chance to race for a title, just like in the 2021 season. With the way things look currently, some of the winless drivers so far in the season are absolutely mind-blowing.

This may also be the last chance for some of these oval specialists to get that elusive win. In two weeks, the series goes road racing for the first of two regular season road races. Guys like deJong and Zalenski (and WTT winner Bowlin) are bound to have the upper hand entering. Road America and Watkins Glen are those two roadies, Pocono splits them, and the regular season finale will surely be wild at Darlington.

With that knowledge, Casey Kirwan (XSET) sits eighth in the playoff grid and is in the best spot right now if there are no new winners through the final five races. The odds are definitely stacked against his favor, though. I bet he wishes his Clash win counted for something, but alas, he has 27 points over Guest, who is the first driver out. Vincent and Novak round out the Top 10.

If Nashville yields a new winner, I believe it will come down to the points positioning for each winner on the season. Conti is actually the lowest placed of all the winners in 13th, but he has two wins, so as long as he doesn’t fall out of the Top 20, he’s got that leg up on all the single winners.

That in turn puts the spotlight on Garrett Lowe (Wood Brothers Racing) as the lowest one-time winner, but he’s been solid since the win, collecting three-straight Top 10 finishes including the Kansas win, sitting in ninth in the overall standings. If Zalenski or deJong can get the road wins in the upcoming weeks, they’ll also need to make sure their points positions (16th and 17th) improve along with them.